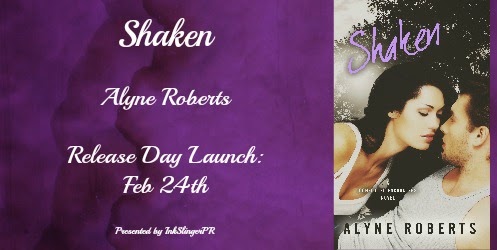 It's release day for Alyne Roberts and her fantastic new romance, Shaken!! Check below for all of the fantastic release day info! And be sure to enter Alyne's giveaway!!
Blogs Taking Part in the Release Day Launch 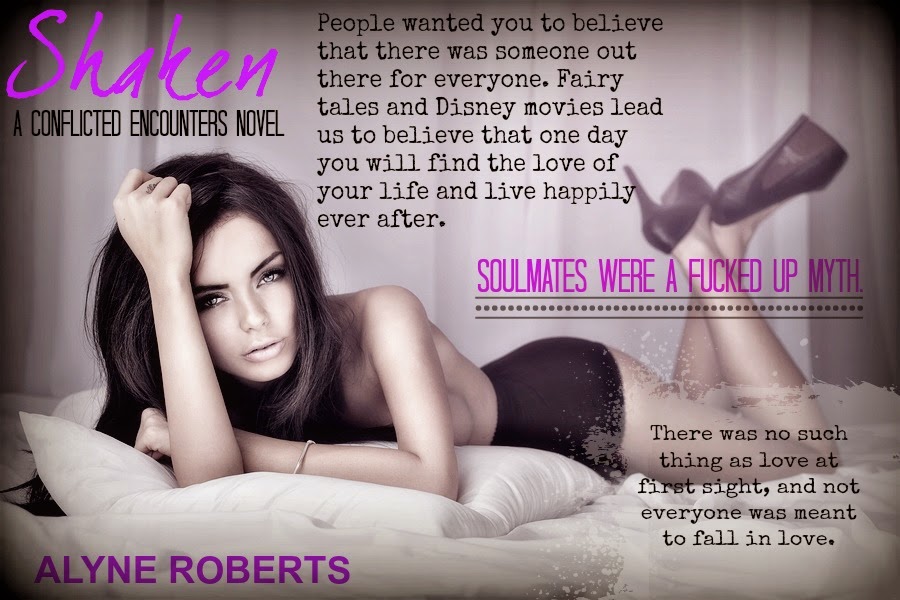 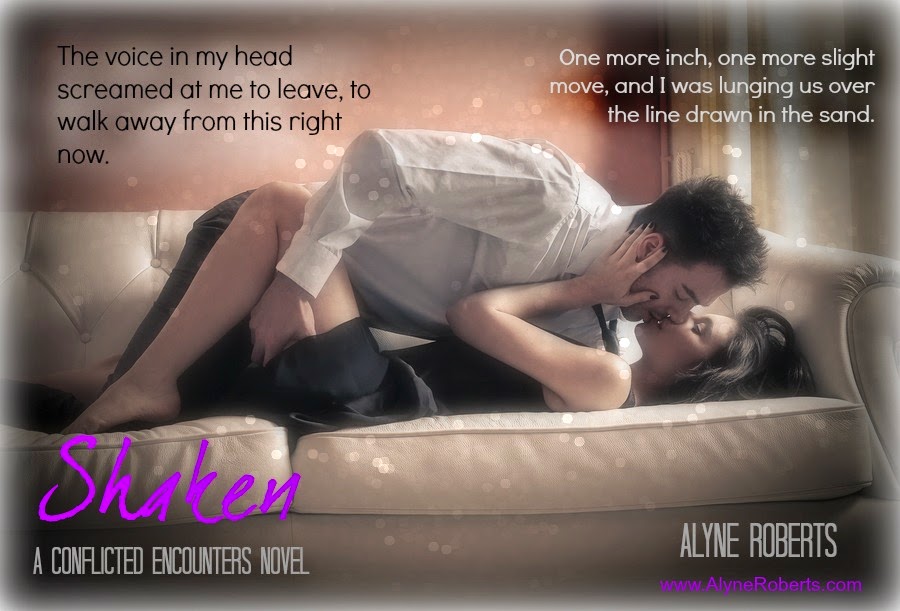 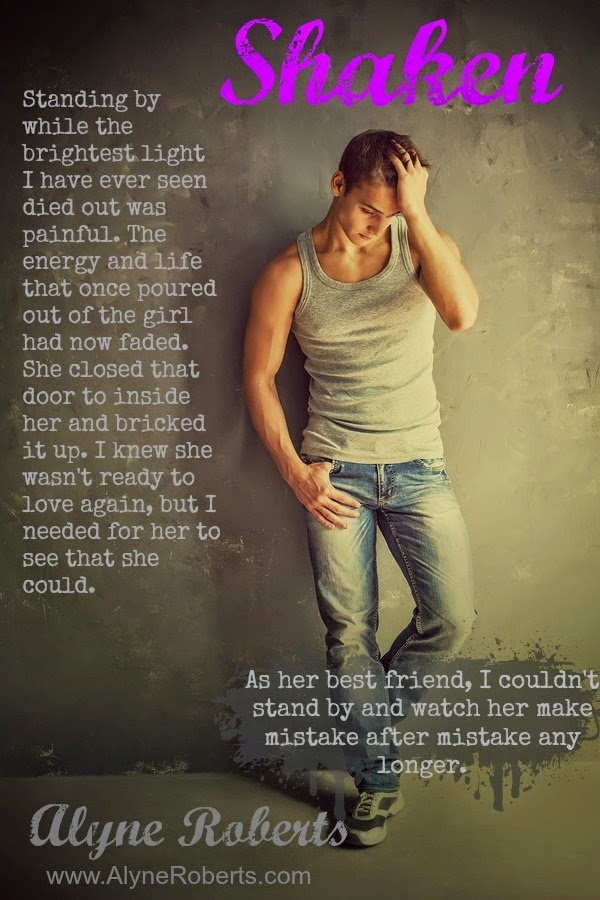 What a colossal waste of time, I thought as I slid my jeans back up and buttoned them. The room was dark as I searched the dingy carpet for my shirt. I knew I tossed it over this way. Finally finding the purple low-cut top I wore out tonight, I pulled it over my head and ran my fingers through my long, dark hair. "Thanks, Mike," I called over my shoulder. "That was great," I lied. "It's Matt," he panted. I mumbled something that could have been an apology and looked over my shoulder at Matt. He was still on his back, trying to catch his breath. A thin coat of sweat covered his chest and his rock-hard abs glistened from the street lamp that shone through his blinds. He really was sexy, especially naked. It was a pity he didn't live up to my expectations. I gave him a flirty wave and grabbed my purse off the floor before leaving the half-naked guy alone in his room. He grunted a bye to me without bothering to move. At least someone was satisfied. I let myself out of his room, trying to avoid the roommates I knew were in the "party-room", playing beer pong. "Scarlett!" someone yelled. "Be on my team!" "No, I'm good," I hollered as I kept walking. I’d had enough to drink and I was sure my hand-eye coordination had decreased since my first few games. In fact, it was probably non-existent by this point. I weaved through the house, keeping my hand on the wall for balance. I had no idea what I was thinking going to another college party. I knew from my short stint at the University of Cincinnati that the parties held around campus were always the same. There were drunk guys looking to get laid and even drunker girls to take advantage of. I wasn't one of those girls. No one took advantage of me anymore. I knew when I crawled into a boy's bed that, after a whole twenty minutes of slurred conversation, they would not be calling the next day. In fact, that was the main reason I attended tonight. I had no false assumptions that the guy I bedded would be calling me ever again. This was sex, a release, and nothing more. I stumbled down the hall and found the bathroom. I slipped inside, locking the door behind me. My reflection stared back at me. My long, dark hair was a tangled mess with streaks of brightly colored hair sticking out everywhere. My eyes were bloodshot and surrounded with heavy makeup and perfectly winged eyeliner. I had a hickey on my collarbone, and my cheeks were flushed pink. I was the definition of a hot mess. I leaned over a sink that had seen better days and filled my cupped hands with cold water. I splashed my face, hoping to reverse the effects of the tequila shots I took when I first arrived. The walls continued to close in and my reflection stared back, judging. "Shit," I whispered to myself. I couldn't drive now, or any time soon for that matter. I pulled out my phone and dialed the one number I knew would save me. It went to voicemail twice before he finally picked up. I heard rustling and grunting before his gruff voice filled my ear. "What?" "I need a ride," I said in the sweetest voice I could muster. "Where are you?" he asked without missing a beat. "Off campus. I'll text you the address." "Fuck, Scarlett," he scolded. "That's almost a half hour drive." "Thank you, Logan," I said before ending the call. Logan would come for me. He always did.

“After an earthquake wreaks havoc, the earth is left disturbed and altered. Whatever remains in ruin is left shaken and in need of rebuilding.” Scarlett Brooks doesn't need love. The only men she can trust in her life are her twin brother and his two best friends, Logan and Caleb. Every other guy has only let her down, and she promises herself to never to experience heartbreak again. Logan King can't stand back and watch his best friend's twin sister continue to spiral out of control. With random hookups, drunken nights, and reckless decisions, she is on the path to self-destruction. He sets out to slow her down and prove that she isn't happy with her one-night stands. The two come dangerously close to crossing lines. Is Scarlett capable of trusting and opening up to love again? Will it ruin their friendship if Logan is the one to teach her how? This is part of a series but can be read as a standalone. Characters are introduced in Jolted and Impacted.

Alyne lives in Ohio with her husband, dog and cat. Working full time in an office all day, she spends her nights reading, writing or watching an entire TV series in a night. She refuses to grow up, loves Disney movies and anything with owls. She couldn't live without her coffee or her furry "children". Alyne is the author of "Light to the Darkness" and the "Conflicted Encounters" Series. To stay up to date on what Alyne is working on, teasers and more: Sign up for the newsletter. She loves to connect with readers so feel free to stalk her!