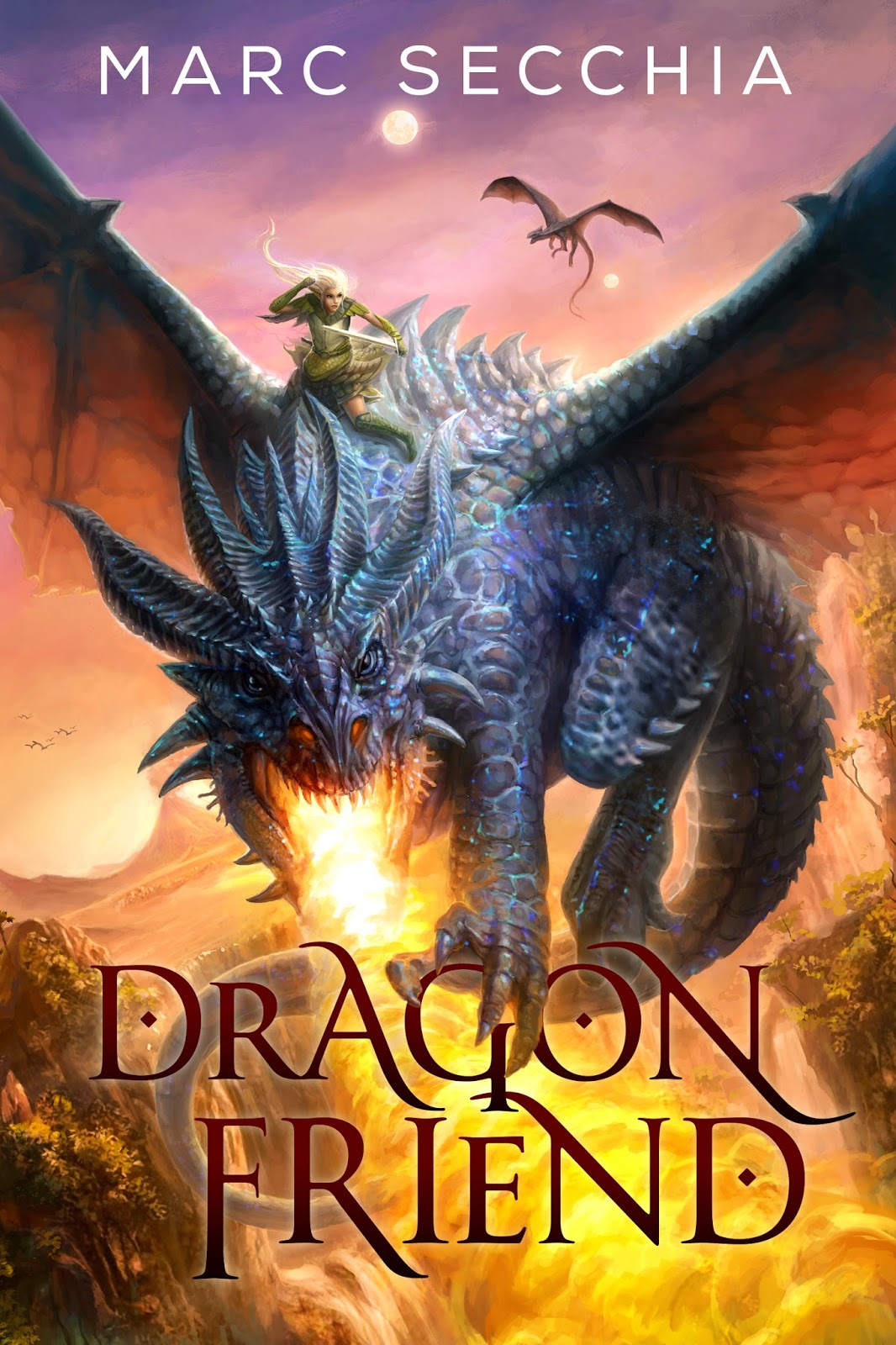 Designed by: Joemel Requeza
Series: Dragonfriend #1
Genre: Young Adult Epic Fantasy
Release Date: April 11, 2015
Stabbed. Burned by a Dragon. Abandoned for the windrocs to pick over. The traitor Ra’aba tried to silence Hualiama forever. But he failed to reckon with the strength of a dragonet’s paw, and the courage of a girl who refused to die.

Only an extraordinary friendship will save Hualiama’s beloved kingdom of Fra’anior and restore the King to the Onyx Throne. Flicker, the valiant dragonet. Hualiama, a foundling, adopted into the royal family. The power of a friendship which paid the ultimate price.

This is the tale of Hualiama Dragonfriend, and a love which became legend.

Marc is a South African-born author who lives and works in Ethiopia with his wife and 4 children, 2 dogs, a rabbit, and a variable number of marabou storks that roost on the acacia trees out back. On a good night there are also hyenas patrolling the back fence.

When he's not writing about Africa Marc can be found traveling to remote locations. He thinks there's nothing better than standing on a mountaintop wondering what lies over the next horizon.