Speak Of The Devil
(Demon Legacy #2)
by J.M. Gregoire

Blurb:
Nearly half a year has passed since Asmodeus opened the gateway allowing an unknown number of demons to spill onto our plane of existence. A fatal standoff has left Dez on her own to hunt the stray demons down and send them back to Hell where they belong. Her life has become a never-ending cycle of violence and bloodshed, further tainted by a deepening depression and a longing for the person she had to leave behind.

When Dez receives an unexpected phone call, she makes her way to the northern Arizona desert to see an old friend. Upon arrival, there is a message waiting for her from beyond the grave, and she realizes before she can go any further, she must face the one thing she’s been dreading for months. To make matters worse, the message is meant to help her mission, but it forces Dez into an impossible choice.

Only Dez can decide which road to take, but will she be able to handle the consequences of her decision?

KEEP READING FOR MORE INFO ABOUT THE BOOK!


Deziree returned to her hotel room just before sunrise.  Her exhaustion had reached new

heights, all thanks to the seventeen demons she managed to dispatch.  It would have been

eighteen, but another one got the jump on her as she was tracking him.  When she shifted her

attention to her assailant, who also escaped, her mark got away unscathed.  By the time she

realized he had escaped, she couldn’t muster up the energy to chase after him.  She gave up,

nearly stumbled her way to the closest casino, and grabbed a taxi back to the Stratosphere.

Dez closed the door behind her, and immediately started stripping her clothes off, leaving a trail

to the bathroom.  Reaching in the shower, she turned the water on as hot as she could get it,

and went back out to put her cell phone on its charger.  She sat down on the edge of her bed,

telling herself she’d only be there for a minute, but she didn’t dare close her eyes.  She knew

once she did, she was done for.  Glancing up, she saw the bathroom had started to fill up with

steam.  She forced herself back to her feet, and made her way into the shower to wash away

the stress of the night.

When she was finished, she quickly dried herself off, and without bothering to put any clothes

on, climbed into the comfort of the bed waiting for her.  With a deep sigh, she settled into the

pillow and closed her eyes.  She immediately felt the welcome sensation of sinking into the

mattress as sleep began to claim her.

“You’ve got to be fucking kidding me!”

Refusing to open her eyes, she blindly reached for the little electronic culprit making the awful

noise, and touched on the bottom of the screen to answer the call.  She raised her phone to her

ear, and tried to remain calm.

“All I have to say is this better be good.  Like, end-of-the-world good.  Anything less than the

Four Horsemen of the Apocalypse earns you my size seven and a half directly up your ass.”

“Nice to hear from you too, Deziree.”

OTHER BOOKS IN THE SERIES
Click on the cover image to be taken to the book's Goodreads page!


Bestselling author J.M. Gregoire was born and raised in New Hampshire, USA and despite her abhorrence for any season that dares to drop to a temperature below seventy degrees, she still currently resides there with her two children and her two cats. Always a passionate reader, her love of urban fantasy books eventually morphed into a love of writing them. She is currently working on the Demon Legacy series and has a Demon Legacy spinoff series, the Killer Instinct series, coming soon. 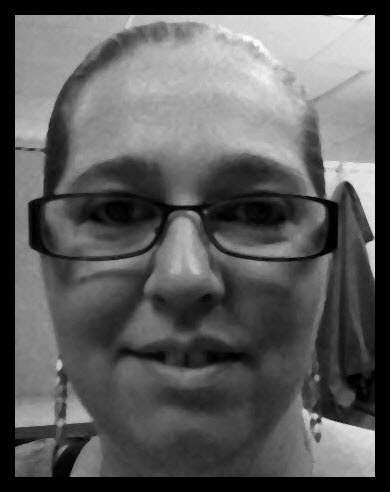 You can find J.M. Gregoire at

The Blog Lovin' Blitz is hosted and organized by