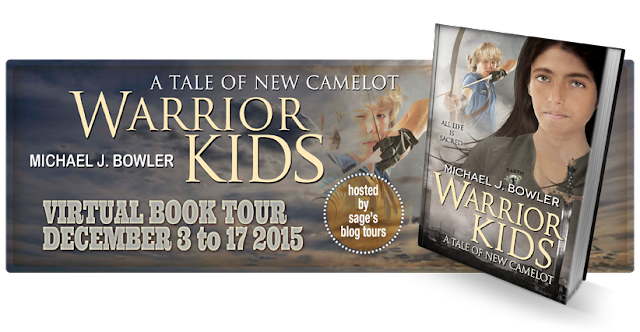 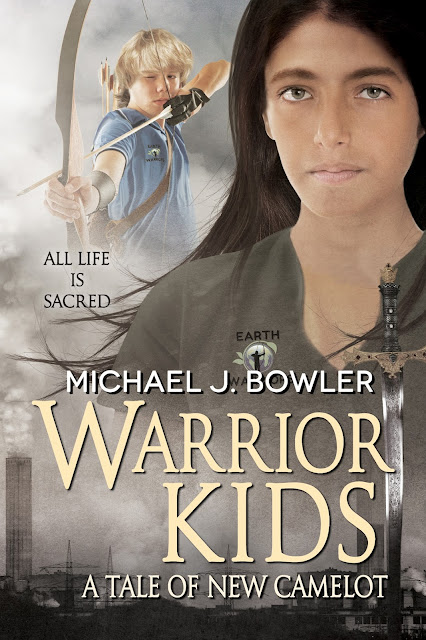 
A Tale of New Camelot

The future looks bleak unless eighteen-year-old Lance and his New Camelot Earth Warriors can save the planet from catastrophic climate change.
Spurred by twelve year-olds Billy, Enya, Itzamna, and his ten-year-old brother, Chris, Lance creates a branch of Earth Warriors, a youth-led movement designed to save the earth from its greatest enemy – greed.
His involvement leads to Earth Warrior crews springing up all across America. Millions of kids leap into action, paralyzing the country and alarming the rich and powerful.
Having adopted his father’s philosophy of doing what’s right, rather than what’s easy, Lance makes serious enemies when he calls out New Camelot donors who represent fossil fuel or other polluting industries, and then barely escapes a series of "accidents” designed to kill him.
When he challenges the United States Congress to step up and act immediately on the climate crisis, the attacks on him escalate. With the majority of America's kids on his side, Lance and his young Earth Warriors prepare for the United Nations Conference of the Parties in Paris, where they will call upon world leaders to stop talking about sustainability and start acting on it.
But whoever wants him dead isn't giving up. Will Lance and his crew live long enough to even get to Paris?
Warrior Kids is a standalone tale set within the Children of the Knight universe.

This was an excellent read for me. I am a homeschool mom that loves to use real books as part of our curriculum and planning. Well this was one more book to add to the 2015 HOT SPOT for middle grade reads! We absolutely loved the book. The author Michael J. Bowler is spotless in his writing, he knows how to keep the child AND adult entertained! WE definitely want to read more from him. As for the story line, just my style! This book dealt with young activists that were pushing for the environment. Really a mother like me that is super dedicated to keeping a good future for the next generations, will LOVE this book! You definitely have to look around for the good books like this, there are not that many. So, when you do find them, it is a real treat. It helps to reinforce what a good world means to our family. Keep it up Bowler you know exactly how to keep it real!

We just can't wait to read more from this author!

* I was given the book Warrior Kids in exchange for an honest review. I have not received any compensation and all opinions are mine.

Michael J. Bowler is an award-winning author of eight novels––A Boy and His Dragon, A Matter of Time (Silver Medalist from Reader’s Favorite), and The Knight Cycle, comprised of five books: Children of the Knight (Gold Award Winner in the Wishing Shelf Book Awards), Running Through A Dark Place, There Is No Fear, And The Children Shall Lead, Once Upon A Time In America, and Spinner.


He grew up in San Rafael, California, and majored in English and Theatre at Santa Clara University. He went on to earn a master’s in film production from Loyola Marymount University, a teaching credential in English from LMU, and another master's in Special Education from Cal State University Dominguez Hills.


He has also been a volunteer Big Brother to eight different boys with the Catholic Big Brothers Big Sisters program and a thirty-year volunteer within the juvenile justice system in Los Angeles.


He is currently working on a sequel to Spinner.His goal as a YA author is for teens to experience empowerment and hope; to see themselves in his diverse characters; to read about kids who face real-life challenges; and to see how kids like them can remain decent people in an indecent world.

The author is giving away one $15 Amazon Gift Card, one eBook set of Children of the Knight Series, and one eBook copy of Warrior Kids!