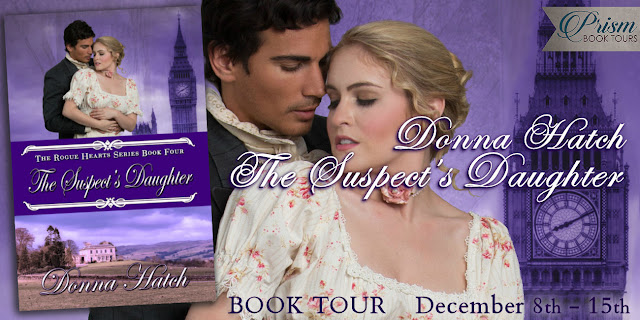 Release-Day Grand Finale for
The Suspect's Daughter
By Donna Hatch

We're celebrating the release of The Suspect's Daughter! We hope you enjoyed finding out more about Grant Amesbury, the reclusive Bow Street Runner who has finally met his match, and the Regency era this story is set in. If you missed any of the stops, you can check them out now... 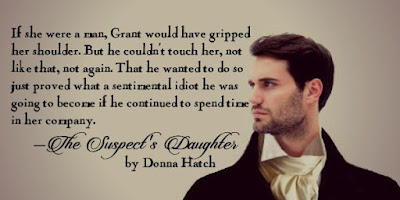 Launch - Intro to the Book

In this new novel, Grant has met his match. Not only is Jocelyn his perfect opposite--light to his darkness--but she matches him in wit and courage. But Jocelyn has her own problems, and a troublesome man does not fit into her plans. 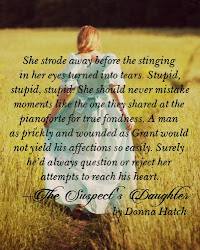 The Rogue Hearts Series centers around a noble family with the surname Amesbury, children of Lord Tarrington. Each book is a stand-alone story about each member of the family.

1. The murder plot in The Suspect’s Daughter was based on true events known as The Cato
Street Conspiracy.

Getting Your Read On - Review

"This book was romantic and had a bit of intrigue. I was happy to see glimpses of the Amesbury brothers throughout, still happy and well. Now Grant's story has been told and I can't wait to see where we go next with Donna Hatch. Wherever it is, I will be there. I loved this book. It took me to my happy place!"

I Am A Reader - Why Regency Gentleman Make the Perfect Heroes

Men in many historical eras were civilized and treated women with courtesy by standing up when a lady entered the room, doffed their hats, curtailed their language, offered an arm, bowed, and did a hundred other little things I wish men still did today.

"I love a good, clean romance, but when there's depth--more "meat" to the story--, I'm in heaven and this book delivers. The reader not only gets a really great, believable romance, but a fantastic story line, full of conspiracy, mystery, and suspense." 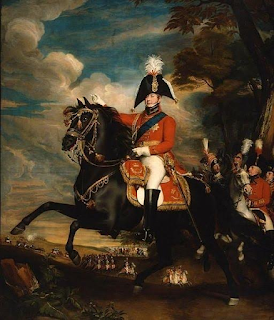 "Regency" is the era in England when the Prince of Wales was Regent, or the ruler, in place of his father, King George III who was declared legal unfit to rule due to madness. Because George (later George IV) was the Prince Regent, the period is called the Regency. The true usually when I tell people I write Regency, I get one of two reactions. They either say, “I love Regency” or they say “what is Regency?” I guess to know it is to love it.

Reading Is My SuperPower - Review

"The Suspect’s Daughter has it all – romance, suspense, great characters, skilled writing, and some quite spectacular kisses. I thoroughly enjoyed each aspect of this novel and wouldn’t hesitate to recommend it to fans of historical fiction, particularly the Regency era." 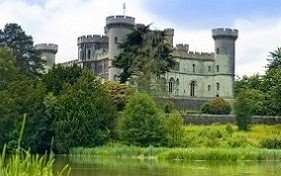 Here is a basic rundown on titles. The titles of duke and marquess are usually territorial, meaning they are associated with a specific area of land, such as Duke of York, Marquess of Salisbury, etc. Though the titles of earl, viscount, and baron are most often associated with a territory, they can also be based on a family name, eg Earl of Tarrington. Some titles were bestowed without land so the title is attached to the family rather than to the land that family governs, so to speak.

Great kissing scenes always include a great deal of sensory detail. I try to include as many of the five senses as possible, as well as internalization—what that person is thinking and feeling in his/her heart. I walk a fine line between sizzling chemistry and staying on the “sweeter” side of romance. 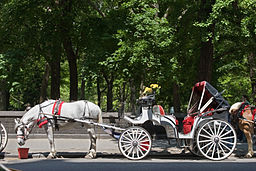 To accommodate the Regency gentry or nobility, the styles, paint design, and features of carriages were as varied as today’s automobiles. Image, status, and money, as well as personal taste, were all factors in choosing a carriage. Nobility had their family coat of arms painted on the side of their family coach. A reader may come across a number of different names for carriages, and unless one is willing to do some research, these names may mean nothing.

"From the first pages of this book, I was completely sucked in. I fell in love with Grant and Jocelyn and the type of characters they portrayed. I would recommend this book to anyone." 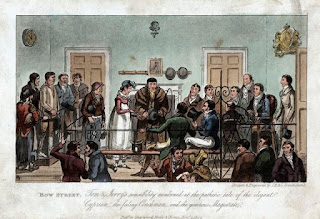 Into this ineffective chaos stepped the Fielding brothers. Henry Fielding was a magistrate who operated his office on Bow Street. In 1750, he and his brother hand picked and organized an elite fighting force of highly trained and disciplined young men known as the Bow Street Runners. Later nick-named the “Robins Redbreasts” for their distinctive red waistcoats, they conducted investigations, including a rudimentary forensics and interrogations. They even carried handcuffs.

"We know Grant helps out with Bow Street Runners, so it was fun to see him in his element trying to solve a mystery. I also liked to see that he had high standards and always tried to do the right thing and help others. Jocelyn and Grant were great together, their relationship built at a believable pace and had plenty of swoony moments." 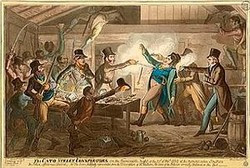 ​The murder plot in The Suspect’s Daughter was inspired by a true event in England known as the Cato Street Conspiracy.

The early 1800’s in England was a time of social and economic upheaval. Upon the ending of the long-term Napoleonic wars, unemployed career soldiers and sailors flooded the workforce. Industrial change was taking England from a largely agricultural country to one of large industry. Many of the working class were hungry and feeling oppressed. Riots erupted which the government crushed. Laws grew more and more restrictive. 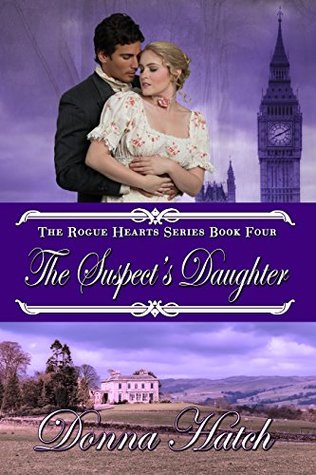 Determined to help her father with his political career, Jocelyn sets aside dreams of love. When she meets the handsome and mysterious Grant Amesbury, her dreams of true love reawaken. But his secrets put her family in peril.

Grant goes undercover to capture conspirators avowed to murder the prime minister, but his only suspect is the father of a courageous lady who is growing increasingly hard to ignore. He can’t allow Jocelyn to distract him from the case, nor will he taint her with his war-darkened soul. She seems to see past the barriers surrounding his heart, which makes her all the more dangerous to his vow of remaining forever alone.

Jocelyn will do anything to clear her father’s name, even if that means working with Grant. Time is running out. The future of England hangs in the balance...and so does their love.

Donna Hatch is the author of the best-selling “Rogue Hearts Series,” and a winner of writing awards such as The Golden Quill and the International Digital Award. A hopeless romantic and adventurer at heart, she discovered her writing passion at the tender age of 8 and has been listening to those voices ever since. She has become a sought-after workshop presenter, and also juggles freelance editing, multiple volunteer positions, and most of all, her six children (seven, counting her husband). A native of Arizona who recently transplanted to the Pacific Northwest, she and her husband of over twenty five years are living proof that there really is a happily ever after.