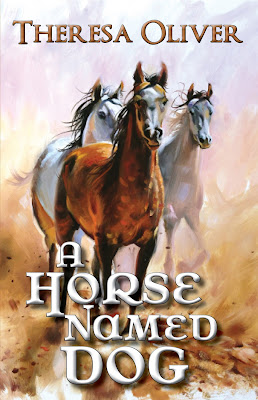 
Sam is a typical twelve-year-old boy who works on his parent’s farm, but is not as interested in horses as his horse-training family. However, he does his best to help out until an incident when he is riding with his mother. After saving her from becoming nearly trampled, his viewpoint changes … until a strange horse comes to their farm with quirks, earning him the name Dog.

Dog likes Sam right away, but Sam wants nothing to do with him, as he is the son of Trumpeter, the horse that nearly maimed his mother for life. Sam has a hard time dealing with not only the memory of the accident, but the extra chores and responsibilities suddenly thrust upon him, one of which is training Dog.

Because his mother is out of work and people are canceling orders, money is scarce. With the Indiana Classic coming up—a local horse race with a huge purse—will Sam be able to befriend Dog and save their farm, or will Dog go back to his present owner, never to be seen again? 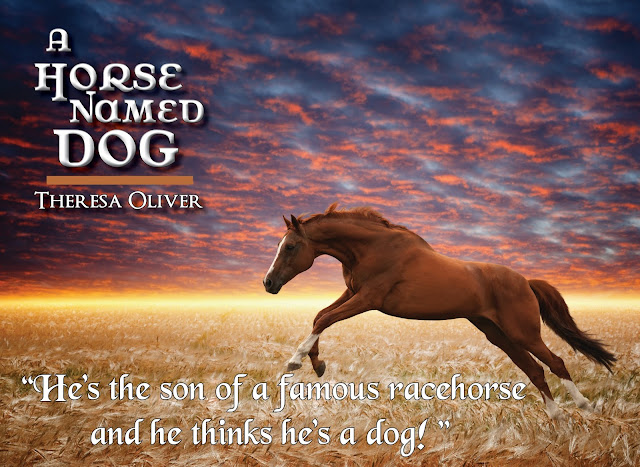 About the Author
Theresa Oliver grew up in southern Indiana, across from Louisville, Kentucky, in Clarksville, Indiana. In her childhood, she fell in love with the power of the written word, a love affair that has continued her whole life. She moved to Florida, where she has lived much of her adult life. She attended the University of Tennessee at Martin, Martin, Tenn., and earned her Bachelor of Arts in Communications degree, News Editorial sequence. She also earned a Master of Arts in Teaching degree, Early Childhood Education sequence, from Armstrong Atlantic State University, Savannah, Ga. She is currently a writer, a full-time teacher, and the owner of Write More Publications and TNT Author Services. However, her greatest adventure is as a mother of three beautiful boys. Oliver currently resides in Kissimmee, Florida, with her husband and children.
Author Links:

GIVEAWAY:
a Rafflecopter giveaway
at 1:00 AM