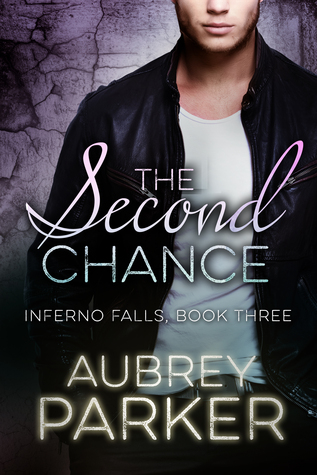 He left her alone. Now he’s back … but too much has changed.
Maya grew up with a big heart and even bigger dreams. She never thought she’d end up a single mother spending her whole life where she grew up—the small town of Inferno Falls. But things didn’t work out the way she thought. Grady, her high school love, moved away and left her alone to raise her daughter before the ink dried on their diplomas. Eight years later, Maya’s struggling to make ends meet. And when life gets too tough, she heals the void inside in the only way she knows … whether it’s right or wrong.
But then Grady returns. He’s finally grown homesick after nearly a decade of wandering America, seeing sights and having adventures like Maya always dreamed of—but could never reach for. And Maya holds out hope—more than hope, a need—that Grady is coming home for her, too. It could be just like old times, if she can keep a grip on her bad habits for long enough. Maybe she can finally have the man she’s always wanted, and Kylie can have the father she’s always needed.
Many of us get second chances, but never more than three strikes.
Maya makes the dangerous mistake of assuming everything is just the way it was before, despite the years that have passed. When Grady only wants to make sure they’re not moving too quickly, Maya sees rejection and disaster looms. Rather than preserving a perfect memory, it seems the years have changed them both too much, perhaps, to heal the past. But to earn the love and happiness she’s hunted for so long, Maya won’t merely need to learn to accept Grady … and will have to learn to accept herself, first. 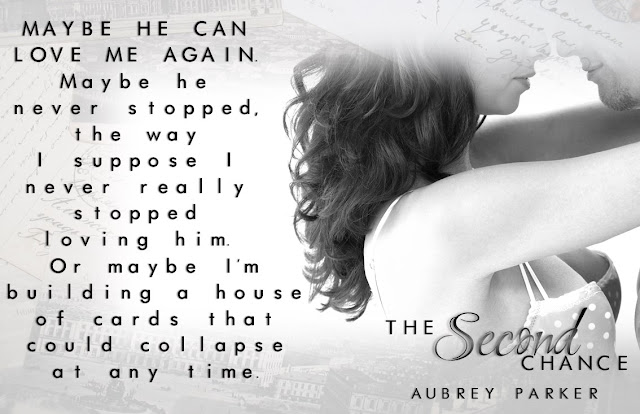 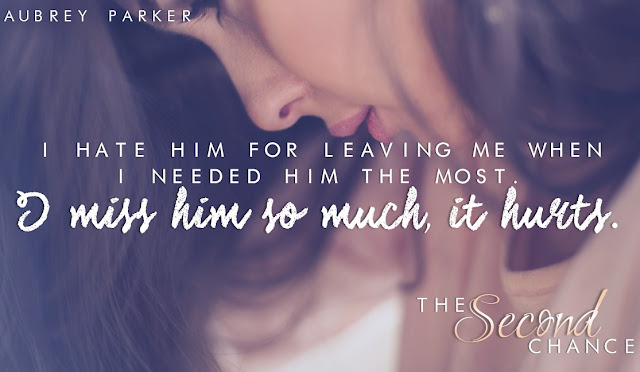 It’s amazing how comfortable this all is.
It would be inaccurate to say dinner goes smoothly because these are my parents and they’re always saying or doing something that embarrasses me even when I’m here alone. But considering all the balls in play, it goes far smoother than it has any right to.
Grady has been gone for Mackenzie’s entire life. I haven’t bothered Mac with the details of our past, of course, because it would only burden her, and it’s enough for her to think of Grady as an “old friend.” But my folks know it all. They know how we used to be. They know how we broke up, and how I hooked up with Tommy. Up until that point, I feigned virginity, and even after I pretended that I had no itches in desperate need of scratching. If my parents had their druthers, they’d still think I was snow white, but Tommy left me with evidence to the contrary. Grady might have come off as a saint compared to deviling, sex-mongering Tommy, but my parents still know Grady left me, and how angry I became. I think they shared a lot of that anger, and certainly helped me pull through. They know I was stressed when Grady returned. And if I force myself to think past their often-oblivious appearances, I’m sure they know deep down just how much I want him back.
And yet nobody is showing a sign.
Nothing is awkward.
No one is walking on eggshells. Nobody is acting like they know secrets or like they suspect secrets being harbored against them. There are no signs of old grudges, old feelings left to molder in forgotten corners. My folks could be Grady’s parents, too, the way they keep henpecking him and weaseling his life’s details into the open for quiet, well-meaning judgment.
Dad has thoughts on how to get maximum resale value out of the claptrap truck Grady used to tour the country, away from us.
Mom wants to see photos of all the places he visited while I was sobbing into pillows, raging against Grady, Tommy, and the world.
He accepts it all. I watch him absorb it and love him that much more. All the old feelings are coming back. Even if I wanted to stop them, I couldn’t. I feel myself warming from the bottom up, like a vessel filling with liquid. I start to smile and can’t keep a straight face even when I want to.
I remember how we used to be. How, on two or three separate occasions, he came here with me, playing the good suitor despite his somewhat unfair bad boy reputation, and how afterward I climbed out my window to meet him at the creek, where we made love on the bank. I remember the innocent joy of those evenings — the way the air held the day’s heat, the smell of soil under our blanket, the moon shining its blue light between the branches overhead. I remember the feeling of promise: that there were only good things waiting and that everything would be all right.
A lot has happened since I last felt this way, but it strikes me how curious it is, the way things have come full circle. There was a time of torment and tumult between Grady’s and my innocent days, but that time has passed. I’ve been pregnant and alone, but now I’m a seasoned mother with a family around me. I’ve been angry and frightened, but today I feel happy and (at this table with Grady beside me, at least) secure and content.
We’re no longer seventeen. We no longer have quite as many years ahead of us, and in some important ways, our eyes have been opened to the world’s truths. But that doesn’t mean we can’t pick up where we left off. There’s no reason we can’t still have that future, albeit with a decade lost to time in between.
I watch Mackenzie. She doesn’t know this man, yet she fits with him like the missing piece of a puzzle. And I watch Grady with her, and I see how he’d be as a father. How he could have been as a father. How he is being a father, right here and now.
Yes. I could be happy here.
All the day’s problems feel far away. I don’t want to send my mind out to the things that were bothering me so badly earlier, but in an intellectual way I know they’re there … and yet I don’t care. Whatever is wrong, I have my family. Whatever happens, it will all work out. Whatever goes wrong, Grady will make it right.
I wonder if I’m being stupid all over again. I have no idea how Grady feels, other than the inkling I first got from his text and the impression that’s continued with our shared glances since. Maybe he could love me again. Maybe he never stopped, the way I suppose I never really stopped loving him. Or maybe I’m building a house of cards that could collapse at any time.
It doesn’t matter. Maybe I’m wrong to feel this way. Maybe I’m being an idiot. I simply don’t care. For now, it feels good. For now, I’m happy.
Maybe I’m setting myself up to get hurt all over again.
But tonight it’s a chance I’m willing to take.