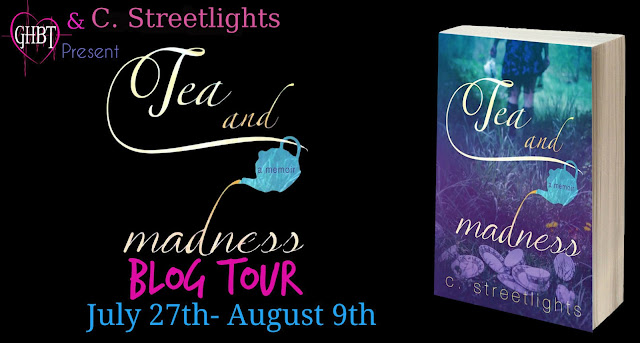 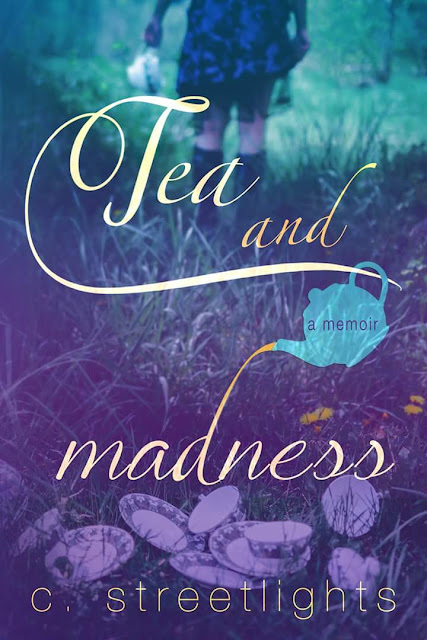 “And when it falls into silence again the void it echoes fills me with wonder. Wonder only because I no longer remember if this small entity isn’t real or if it whispers the truth.”
-Moonlight

C. Streetlight’s memoir, Tea & Madness, is a collection of prose and poetry separated into the seasons of her life. Each season is inspired by her experiences: grieving a lost baby, understanding depression, anger, betrayal, surviving rape and the acceptance that she cannot forgive. Balanced somehow within the darkness is the wonder in motherhood and empathetic relationships. As her seasons change, she continues trying to find the balance of existing between normalcy and madness.

She has met many fools, but admires Don Quixote most because he taught her that it didn’t matter that the dragon turned out to be a windmill. What mattered was that he chose to fight the dragon in the first place.

Streetlights now lives in the mountains with a husband, two miracle children, and a dog who eats Kleenex. She retired from teaching so she can raise her children to pick up their underwear from the bathroom floor, to write, and to slay windmills and dragons. She is happy to report that she can finally see the stars.