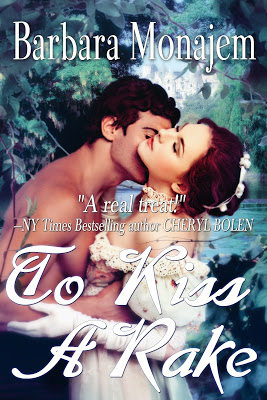 WHEN A LADY IS ABDUCTED BY MISTAKE…

Melinda Starling doesn’t let ladylike behavior get in the way of true love. She’s secretly helping with an elopement, when she’s tossed into the waiting coach and driven away by a notorious rake.

Miles Warren, Lord Garrison, comes from a family of libertines, and he’s the worst of them all—or so society believes. When Miles helps a friend to run away with an heiress, it’s an entertaining way to revenge himself on one of the gossips who slandered him.

Except that he drives off with the wrong woman…and as if that wasn’t scandalous enough, he can’t resist stealing a kiss.

Setup: Miles and Melinda have just been united in a marriage of great inconvenience which neither of them wished. They haven’t consummated the marriage yet (for a reason Melinda would rather I didn’t mention here). Miles is taking advantage of the next few days to work up to it, though.

Miles guided the greys between two wagons. “Putting on an act, pretending to be madly in love, worked well enough in a pinch, but now that we’re married, we should take a different approach.”
“Which is?” asked Melinda.
“We should get to know one another,” he said.
She huffed. “Obviously we’ll do that.”
“By means of flirtation.”
That delicate flush arose in her cheeks again. “I beg your pardon?”
“Think about it. If I were courting you, we would flirt.” He paused to let her absorb the notion. “Wouldn’t we? You must have flirted with many men.” His heart beat painfully at the thought that she might continue to do so.
“Only if I knew they weren’t serious,” she said. “The moment they got that intent expression in their eyes, as if they wanted to steal a-a kiss…” Her eyes widened. For a hushed second, her gaze hovered on his lips. Abruptly, she looked away. “I wouldn’t let them.”
“Ah.” He suppressed a smile. “That privilege fell to me, and I seized it most unfairly.”
She took a deep breath. Did she realize how it made her bosom rise and fall? “And if it seemed they were on the verge of making an offer, I stopped flirting straightaway.”
“But that was then and this is now, and you’re already married to me. Think of the next few days as our courtship. We’ll drive in the Park, we’ll perhaps have ices at Gunter’s, we may even get invited to a ball or two, and…”
“We’ll flirt.” She glanced at him from under her lashes—at his mouth again—and away.
“But it will be much different from before. Instead of stopping at the first sign of serious intent, you’ll carry on as if your interest is as genuine as mine.”
She chewed on her bottom lip. She toyed with the fingertips of her glove.
“As if it’s leading somewhere,” he said.
Melinda knew perfectly well that he meant the consummation of their marriage, but why must she blush so easily? She’d mentioned that kiss, and all of a sudden she couldn’t keep her eyes away from his mouth. “Which it is,” she said gruffly. There wasn’t much room on the seat of the curricle—enough for the two of them, but very little space between. She’d never flirted with a man in such close proximity before. It certainly added spice to the experience.
“So there’s no reason to shy away or give me the cold shoulder or whatever you did to those fellows,” he said. “You may indulge your natural enjoyment of flirtation as much as you like.”
She bristled at that. “Who told you I enjoy flirting?” Then she remembered. “Is it something Lord Bottleford said? He was forever reprimanding me for being too friendly, and saying a lady should maintain a proper distance at all times. To him, that meant ignoring everyone else and listening enraptured while he prosed on and on. And on.” She rolled her eyes. “And on.”
His lips twitched. His eyes gleamed. Something inside her did a strange little flip.
She pulled herself together. He disconcerted her without even saying a word. “Who, then? My grandmother?”
“No, I didn’t mean you in particular, but rather one’s natural tendency to flirt with members of the opposite sex. It’s quite primitive, I think—rather like mating rituals of birds or beasts.”
Primitive. What an odd word to use of flirting, which had always seemed a highly civilized behavior until now. And yet…how very enticing.
She wanted him to kiss her again. 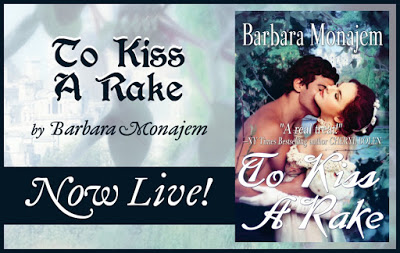 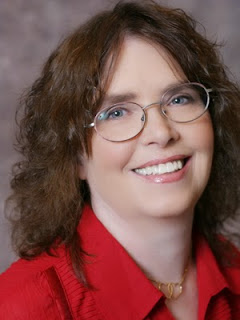 Winner of the Holt Medallion, Maggie, Daphne du Maurier, Reviewer’s Choice and Epic awards, Barbara Monajem wrote her first story at eight years old about apple tree gnomes. She published a middle-grade fantasy when her children were young. When they grew up, she turned to writing for grownups, first the Bayou Gavotte paranormal mysteries and then Regency romances with intrepid heroines and long-suffering heroes (or vice versa). Some of her Regencies have magic in them and some don’t (except for the magic of love, which is in every story she writes).

Barbara loves to cook, especially soups, and is an avid reader. There are only two items on her bucket list: to make asparagus pudding and succeed at knitting socks. She’ll manage the first but doubts she’ll ever accomplish the second. This is not a bid for immortality but merely the dismal truth. She lives near Atlanta, Georgia with an ever-shifting population of relatives, friends, and feline strays. 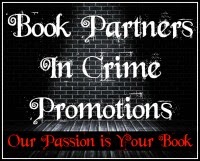