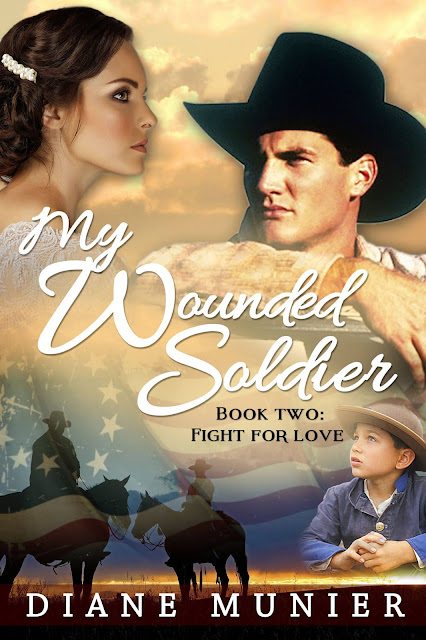 Tom Tanner has taken on a family. He lived through the war, but becoming a lover and pa to two small children may be the role that breaks him. This is the story of a man’s slow rise from black sheep to patriarch. 1866 is a time of learning to carry on in the aftermath of civil war. Tom is ready to heal, ready to take over Addie’s farm and make it a grand place. He has money from reupping in the war and reward money for bringing a few notorious outlaws. Can Addie’s love help him settle and become an outstanding man like his pa? It’s the only fight worth making-- a fight for love 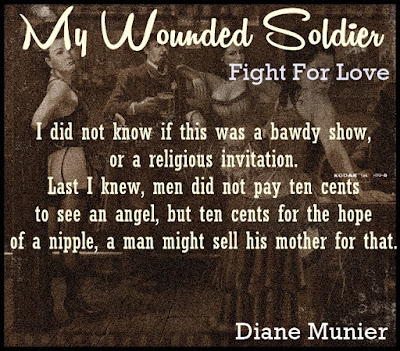 She told me of her mother then.  Greta.  She took in washing. And brought men home. And my wife, a slight girl scrubbing on the board.  That’s what I felt in her hands.  So sweetly shaped, so brined to the work.  A lady almost, but not in her marrow.  There, the laundry girl, the dirty laundry girl.  And the men.  Her learning to stand, given a knife by the neighbor woman. “Protect yourself,” the woman said. “No one else will.” And so she did, too young, too scared, too soon.   Like Johnny.  He got took to the dark and it stabbed the tender in him and the dark came in. I sat up and held her to me, stroking her hair while she told me.  I felt so many things with her, the fear, yes, the joy, yes.  The old wounds, yes.  The new wonder of it, yes.  The mother, and back more.  The girl, yes.  The little broken one, yes.  No man to ever rise up, and if he did, she met him with just herself and her brave eyes.   “Lass,” I said, but only once.  I did not wish to let the pump run dry, for her words gifted me an understanding I had lacked. I would be the pa to her sometimes.  I knew that now.  She wouldn’t want it much, but sometimes she would, almost like Johnny, me going back in her, me angry for her, saying what she knew and didn’t get a chance to rail about.  Letting her know I was here now.  I was here. It was a part of it for us.  There was this little one in there still holding that knife, sometimes at me, yes that’s what I saw.  That knife she used and left in a man who tried to take her in an alley. That’s when she met him—her husband. She went in his store after the attack. He was kind. But God…he was weak.  But that’s how he got in.  He wiped her face, but he was no hero.  She made him feel, and then he couldn’t find it in himself to love her.  She was something he hadn’t seen…too alive…too much of everything. “I am not him,” I told her, and oh I was not.  The dark had its hands around my throat time and time, but it did not finish me.  I was just a man, but I stood tall.  Like it or don’t, I did the hard thing. “I am Tom Tanner, your man,” I said, “the good of him, the ugly, too.  But I am not Richard Varn.  I have my own sins, but I do not carry the sins of another.  Nor will I,” I said, not sure what I meant by this speech, but I said it with force. 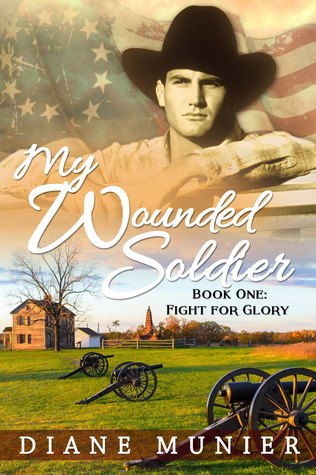 Wounded Soldier, Book One: Fight for Glory, is my newest offering on Amazon. This is the saga of Tom Tanner and his reluctant love for Addie Varner. After he mustered out of the Twenty-Seventh, Tom never expected to follow the boys home to Illinois. Having failed to protect his older brother Garrett, Tom planned to take his wounds out west where a man could get lost under the endless sky. But his father prevailed on him to come home and comfort his grieving mother. Tom had nearly filled his obligation when the neighbor boy came running and calling his name as he worked in the field. Johnny was the boy that looked like his mother, Mrs. Varn. Tom had seen the woman at meeting. She rattled him some for he’d not had a woman, just that one time and he’d been liquored up and taking a dare and were he to have one, she was not hardship to look at. But Johnny was calling for him. Tom knew the sounds of war. The country was rife with veterans, some looking for trouble instead of home. What Tom finds at the Varner’s farm offers him a new kind of battle, a new kind of glory trail. I have been writing this story for fifteen years. In its various forms it has garnered attention in literary contests and with a number of writerly folks. But stuck in ‘bridesmaid,’ mode it has never really walked the aisle. Until now. I hope you give it a spin and maybe fall in love.

Living comfortably in the heart of America with the people I love. I live an extroverted life, but I'm a genuine introvert. An urban kid, I spent much of my youth running in various neighborhood establishments. There I met many colorful characters and I learned to love them and be fascinated by them. My love of story comes from them. I learned to sit on a bar stool or a kitchen chair or in a pew and hear story. Hear the voices telling story. See the mouths move and the hands clutching glasses or cigarettes. See and hear the laughter. There is no greater honor than to hear someone's story. If you feel that way about the tales I tell...what more could I ask.