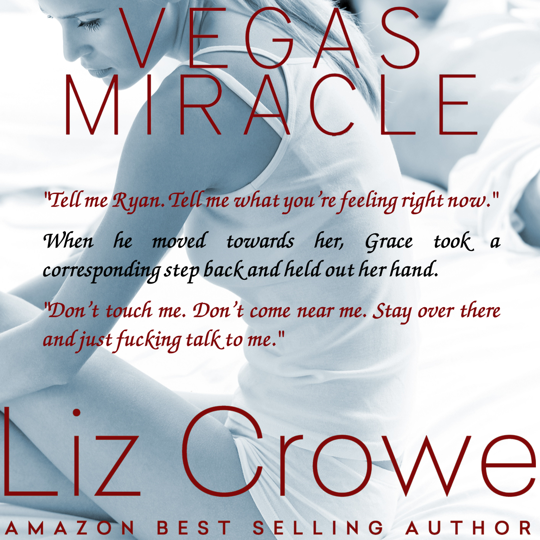 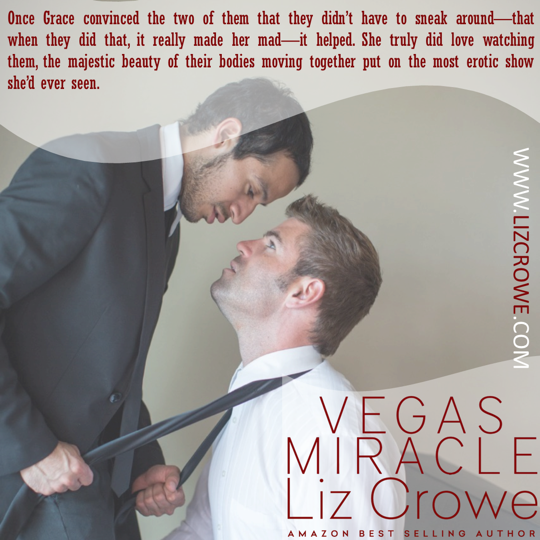 Ryan and Grace Sullivan have all the outward indications of a happy life: money, success, an undeniable physical attraction that quickly evolved from whirlwind relationship to marriage. But lately, Ryan's become moody and distant. As their relationship starts to crumble, Ryan discovers something about himself he can't admit just as Grace realizes the young man she encounters at an invitation only party, Henri Christophe, a celebrity chef with the most successful restaurant in Las Vegas, is her husband's lover. But Henri holds a secret himself. He wants to be more to both of them.

As they attempt to make their unconventional arrangement work, Ryan's deep-seated fear of relationship failure continues to thwart everyone's happiness. When he finally walks away instead of confronting the emotional connection the trio shares, he returns to find their lives flipped inside out. A sought after hotel and resort consultant, Ryan has yet to meet a problem he couldn't solve. But when it comes to his own heart, he may be too late. 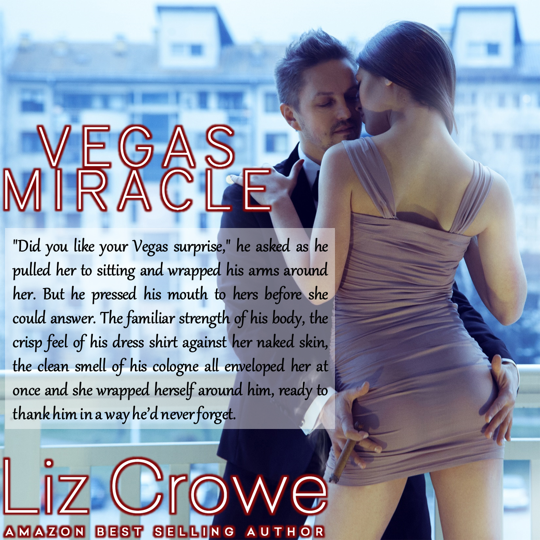 At the sound of the key in the lock, Ryan closed his eyes and didn’t move as Henri entered, made a tsk-tsk sound over the mess in the foyer and joined him on the balcony. The sound of liquid splashing over ice and the hiss of the fabric as Henri eased back into his chair brought no response from Ryan. He remained standing, staring at the night sky, unable to form words as his lover sat and watched him in silence. Then he spoke out to the air.
"Just what, exactly were you hoping to accomplish by fucking my wife?"
Henri stood and leaned over the balcony, mirroring Ryan’s stance.
"I thought it was why you brought her. But I'll say, you were right. She's amazing." Henri sipped his bourbon and looked at him.
Ryan turned and frowned at Henri’s deep brown eyes, the eyes that held him the moment they met in Cannes two years ago. That compulsion, the weekend they shared together, led him places he never imagined he’d go and now couldn’t give it up. He shook his head and gazed back out over the Detroit River, remorse and dread twisting his gut in knots.
He shut his eyes once more as Henri’s hands touched his shoulders, kneading, smoothing out the tension in his muscles.
"You can’t distract me. I’m hugely pissed off at you."
"I know, but at least you won’t be tense so you can really focus on the anger. Now sit so I can reach you."
Ryan sighed, suppressing a smile at the man’s ability to defuse. It was a talent he wished Grace had. Her tendency to ramp up the ante, to find the sore spot and grind her heel into it until Ryan lashed out, made the whole situation much worse than it usually warranted. Sitting, pouring himself one final splash of bourbon, he let Henri work on his shoulders and upper back, groaning as the knots untied and his neck lost some of its rigid stress.
"Ow, Jesus," Ryan yelped when Henri’s knuckle dug into his trapezoid.
"Shut up already." The young man’s voice sounded airy and relaxed. "Let me work."
After about twenty solid minutes spent over Ryan’s shoulders and upper back, Henri leaned down to his ear.
"She’ll be okay."
Ryan turned and frowned, wincing as the freshly released nerves in his neck sang out in protest.
"You don’t have to treat her with kid gloves, Ryan. She’s a grown woman, a successful author. She's used to being on her own. Just because you swept her off her feet in an admittedly romantic fashion doesn’t mean she needs to be coddled like some hot house rose."
"I think I know how to..."
Henri took his hands off Ryan’s shoulders. “You know what, I don’t think you do. And that’s part of the problem."
Henri flopped into his chair and propped his bare feet in Ryan’s lap.
"I hardly think a guy who managed to stay married about thirty minutes is qualified to…"
Henri held a hand up cutting him off yet again.
"Don’t be condescending. I never claimed to know anything about women. I just think I have a handle on this one—you know, they one we want to share our lives with?" He raised an eyebrow at Ryan. “If that’s still your grand plan, that is.”
Ryan pushed the younger man’s feet off his legs and stalked back inside the condo. "How did she get home?"
"I took her."
Ryan stuck his head back outside as he unbuttoned his shirt and yanked it off. "Great."
Henri rose and took the two steps between them quickly, hands on Ryan’s biceps, pinning the taller man against the French doors, his dark eyes angry and hurt. Ryan glared at him.
"Park the attitude all right? I’m just trying to fucking help you get over yourself long enough to salvage your marriage. If you stepped out of your God-damned pity party for half a second you’d see that, you ass."

Amazon best-selling author, mom of three, Realtor, beer blogger, brewery marketing expert, and soccer fan, Liz Crowe is a Kentucky native and graduate of the University of Louisville currently living in Ann Arbor. She has decades of experience in sales and fund raising, plus an eight-year stint as a three-continent, ex-pat trailing spouse.

Her early forays into the publishing world led to a groundbreaking fiction hybrid, “Romance. Worth the Risk,” which has gained thousands of fans and followers interested less in the “HEA” and more in the “WHA” (“What Happens After?”).
With stories set in the not-so-common worlds of breweries, on the soccer pitch, in successful real estate offices and at times in exotic locales like Istanbul, Turkey, her books are unique and told with a fresh voice. The Liz Crowe backlist has something for any reader seeking complex storylines with humor and complete casts of characters that will delight, frustrate and linger in the imagination long after the book is finished.

Don’t ever ask her for anything “like a Budweiser” or risk bodily injury.

May 6 Spotlight
The Creatively Green Write at Home Mom
www.creativelygreen.blogspot.com