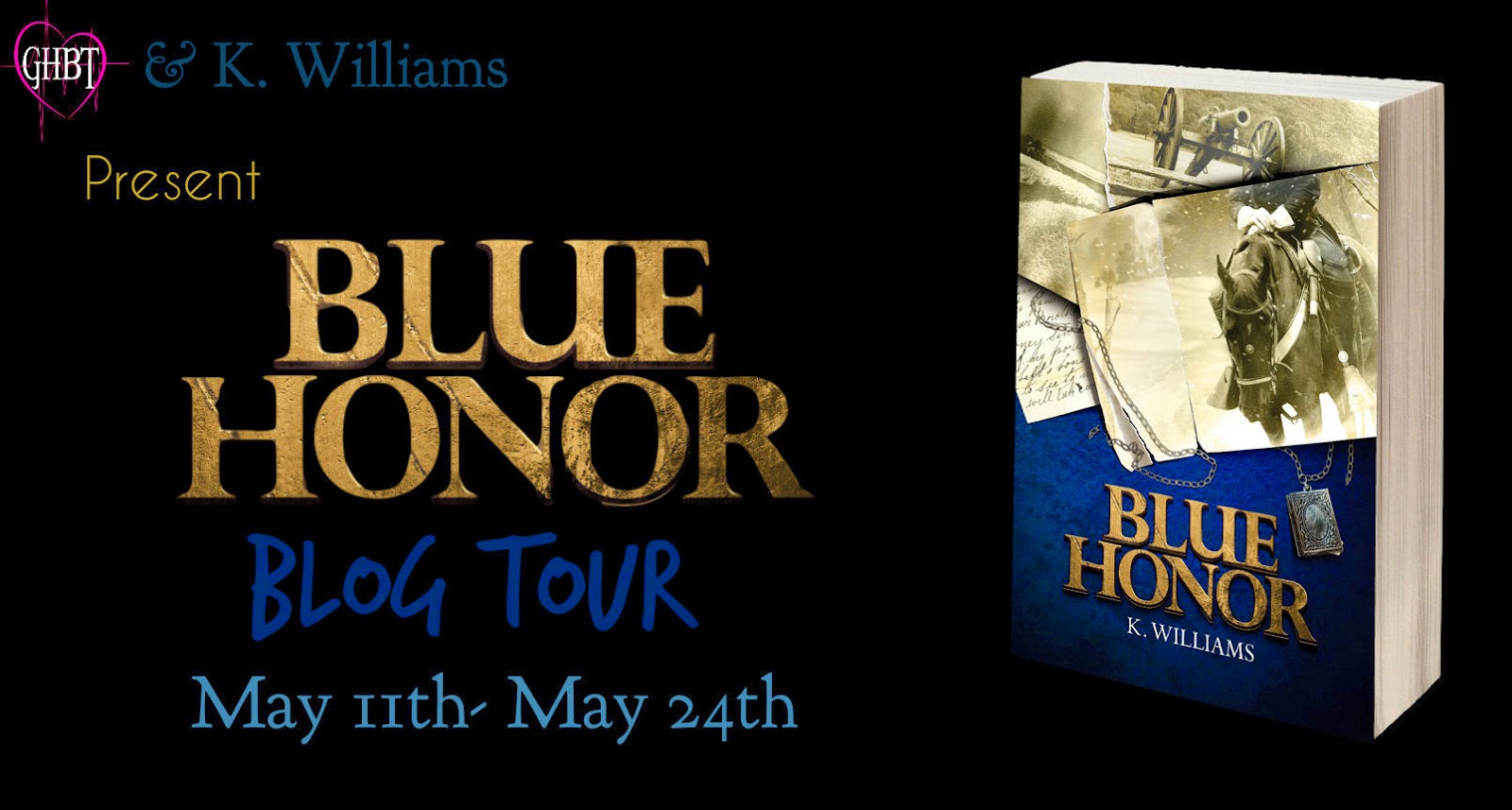 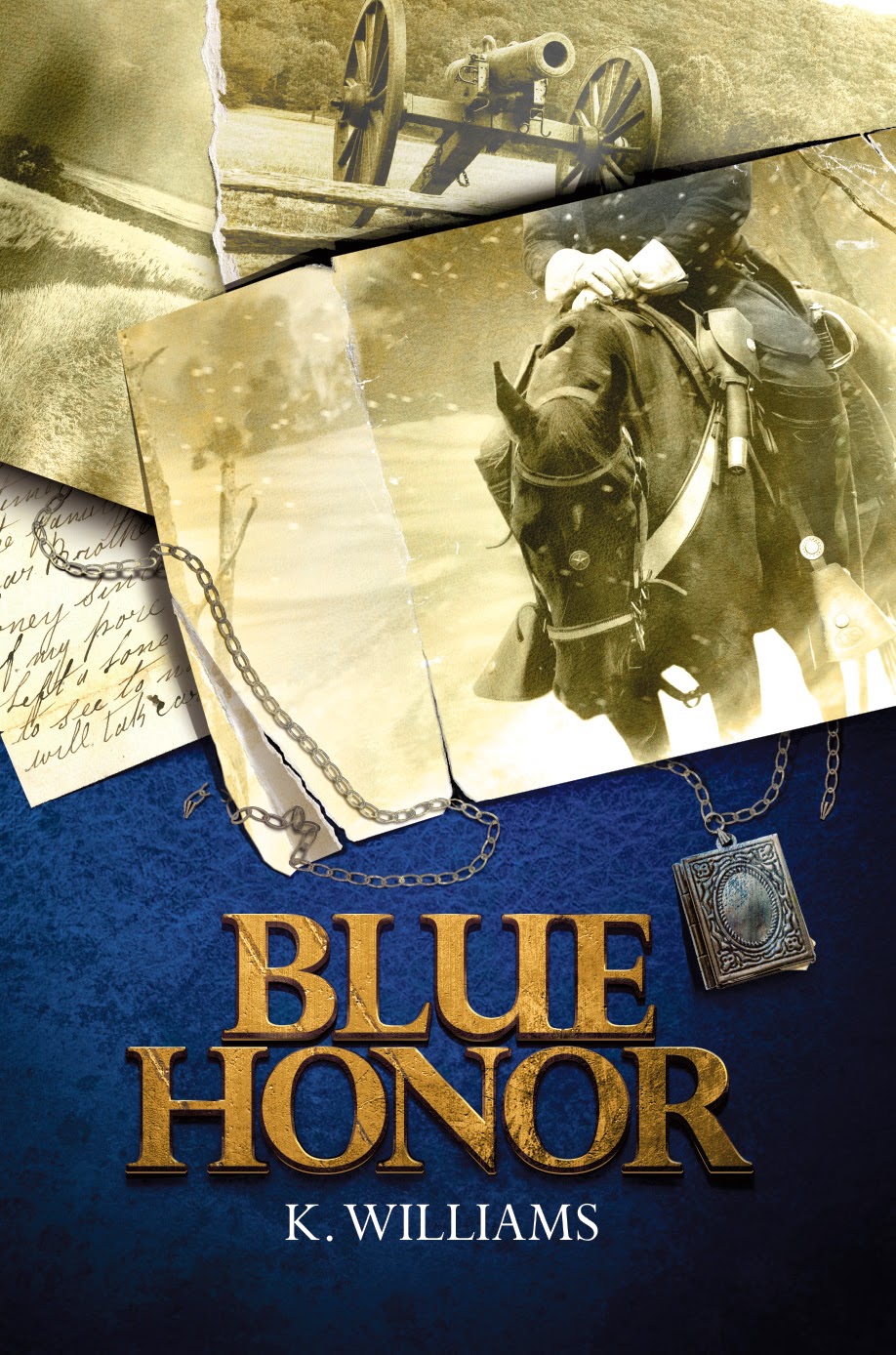 Blue Honor tracks four tightly twining families during the American Civil War. Each member is asked to sacrifice more than their share to see friends and loved ones through the terrible times. The only certainty they have is that nothing will be the same.
Emily Conrad is the bookish daughter of a wealthy dairy family from Vermont. Her indulgent father has educated her and bred ideas that aren’t acceptable to her more urbane mother, who thinks Emily needs to settle down with her longtime friend and town philanderer Evan Howell. The outbreak of war frees Emily from these expectations for a time, but a stranger soon arrives after the guns begin to blaze, threatening her plans more than societal conventions ever could.
Devoted to the young woman who healed her wounds, Henrietta has become part of the Conrad family, hoping that she may one day see her husband and son again. As a runaway slave, she’s been lucky enough to find this slice of peace in Vermont, but the return of Evan Howell and the man he brings with him portends great change that might see her locked back in irons, if not executed for what she’s done.

Evan isn’t as bad as his reputation has made him out to be. He knows his chum Emily will make the best doctor Vermont has ever seen, and he knows he’s not the man to marry her. With a little manipulation, he convinces his commanding officer, Lieutenant Joseph Maynard, to take leave with him and see the beauty of the north. He just doesn’t let on it’s not hillsides and streams he’s setting the man up for.
Joseph has both power and privilege as the son of a Baltimore lawyer, but neither can guarantee him the things he wants in life. His commission in the army is likely to lead to death, a sacrifice he was willing to make to end slavery in the States—that was until he saw Emily Conrad. Torn between duty and desire, Joseph struggles to stay standing for that which he once held strong convictions. War weary, they all march on to duty…

If ‘Blue Honor’ was made into a movie and you could cast anyone you wanted, who would you choose?

This is actually something I avoid doing. I like my characters to be as unique and fresh as possible. Of course our heads are full of all the texts that we’ve ever encountered, so that can be a futile endeavor. However, we should still try. Also, if I want to attract actors to my work, writing with a certain actor or role in mind can tend to make the character stale in their eyes and hurt your chances of winning them over. Actors love to be challenged. But, beside that, I don’t cast in order to avoid disappointment later. Casting isn’t in the writer’s control, and having a person in mind can cause a lot of contention during production. Novelists (writers in general) have a reputation in Hollywood for being difficult to work with and I think the basis of that is the expectations with which writers come to the project. I think of Anne Rice and Interview with a Vampire, but there are so many more examples of an author being upset with a casting decision, and this goes beyond, in addition to the changes that will be made to their work. Bringing a book to screen is a wonderful thing, but authors should be prepared to have no control over that product. If you can limit expectations to getting paid and a mention in the credits, you’ll be better served. The rest comes as an awesome surprise.

Regardless, I am asked this question a lot, so naturally I’ve examined it a bit. Emily is a character that I just have not seen an actress who really stands out as the right fit. Once upon a time, I would have said that Dermot Mulroney was an excellent choice for Evan, but he is now much too old for the part. Hettie should be cast with a new face. The part could end up a tired trope all too easily, and an actor who is trying to really make a name for themselves would be absolutely essential. They’ll be able to reach into the crevices of my character and pull something out worth putting on the screen. Michael is very boyish, so whoever played him would either have to be young, or look very fresh. I’d like to see him not portrayed as a hick, but justice done to the complexity of his character. So too, Joseph could easily be played by Chris Hemsworth, and watered down to a hunk in a uniform part, without proper direction and effort from the actor. While penning the original incarnation of the book, Robert Prosky would get into my head as Stewart and Frances Fisher as Margaret. Both Jack and Rose provide great character spots--but I cannot think of anyone off the top of my head who would suit this father and daughter duo. Victor McLaglen is the only face that I came to the work with. Can you guess which part?

Born in Saratoga Springs, New York, where she continues to reside, K.Williams embarked on a now twenty year career in writing. After a childhood, which consisted of voracious reading and hours of film watching, it was a natural progression to study and work in the arts.
K attended the State University of New York at Morrisville, majoring in the Biological Sciences, and then continued with English and Historical studies at the University at Albany (home of the New York State Writer’s Institute) gaining her Bachelor’s Degree. While attending UA, K interned with the 13th Moon Feminist Literary Magazine, bridging her interests in social movements and art.
Currently, K has completed the MALS program for Film Studies and Screenwriting at Empire State College (SUNY), and is the 2013-2014 recipient of the Foner Fellowship in Arts and Social Justice. K continues to write and is working on the novels of the Trailokya Trilogy, a work that deals with topics in Domestic Violence and crosses the controversial waters of organized religion and secularism. A sequel to OP-DEC is in the research phase, while the adaptation is being shopped to interested film companies. Excerpts of these and more writings can be found at: www.bluehonor.com .

May 15th-
Authors You Want to Read-  Playlist

May 17th-
The Pleasure of Reading Today- Excerpt