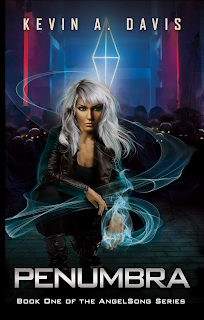 Penumbra
AngelSong
Book One
Kevin A. Davis
Genre: Urban Fantasy
Publisher: Inkd Publishing LLC
Date of Publication: 2/9/22
ISBN: 978-1737391432
ASIN: B09S6SDHCB
Number of pages: 265 ebook, 300 paper
Word Count: ~67K
Cover Artist: Warren Designs
Tagline: The Next Rave Might Be Haddie’s Last.
Book Description:
Will Haddie’s power be enough?
Haddie has a power she doesn’t understand – the bizarre ability to move objects back in time – unfortunately not in one piece.
With all that she has going on, Haddie ignores Liz’s call. Later, when she listens to the message, the panic in Liz’s voice is unmistakable, the words threatening to be her friend’s last. Overcome with guilt, Haddie puts everything on the line to find Liz.
Someone, or something disturbing is hiding amid the colorful lights and music of Portland’s raves. Nothing could prepare Haddie for the supernatural creatures she uncovers in the search for Liz in the secret underground raves. Haddie races time to track down Liz before she becomes another victim.
The next rave might be Haddie’s last.
Amazon

Haddie swore. No wonder Dad had been calling. “Tell her I'm fine. Just looking for Liz.”

“And Dr. Aaron?” Terry sounded relieved that she didn't go off on him.

He swallowed audibly. “Well, I mean, he's been a constant in these demon groups. A bit of a fanatic. But I got worried, and asked if anyone had seen a friend of mine around this sighting. He messaged me immediately and started demanding that I put him in touch with you. Said he knew you from last winter. That was the ski trip, right?”

Terry had posted a description of her in the forums. It didn't matter. The fight outside the hotel had to have attracted some attention, though she'd had pink hair part of the time. She opened her mouth, about to ask Terry if he'd heard anything about the fight outside the hotel, and stopped.
Wilkins would be after her shortly. The FBI wouldn't just let something like this go. She'd killed someone, no matter the circumstances.

“Huh?” She stared at the building where the rave would be happening. She needed to find Liz.

Get past those guards.

“What about Dr. Aaron? Do you want me to give him your number?”

She did want to know about the demons. He'd been suspicious of her and her powers, and had disappeared right after the fight. “Yes.”

He paused and she could hear him typing. “So what's going on? Still haven't found Liz? I mean, this could be serious. The more I look, the worse it gets. Missing people, on top of the suicides. One mom swears her son is in a mental hospital because of these raves.”

That sounded about right. Whatever the song did, she could imagine it driving her crazy. “I'm about to go into the rave now. I'm hoping to get Liz out. I'll let you know.”

“Yes.” She'd rather have Dad with her.

She peered at the building where the rave would be. If the guards were looking for her, likely considering the attack at the hotel, then she'd have to scout for a back way in. Before, she'd planned on walking in as if going to the rave, then scoop up Liz — and Matt.

“Maybe you should just call the police.”

She thought of a swat team facing down demons or the fanatical yellow-hazed men, with Liz in the middle. “Not yet.” This needed to be quiet. She looked into the mirror at the spray of pinkish brown covering the right side of her hair and leaving a shock of white down the left side of her face. Not very stealthy, Haddie. Maybe she had a hoodie in the back from last winter. 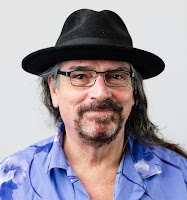 About the Author:
Kevin A Davis writes fantasy, especially urban and contemporary. His urban fantasy series, AngelSong, can be found on Amazon, Audible, and Ingram. There might even be a few paperback copies in the rural bookstore that he and his wife own. His Khimmer Chronicles series will be available starting late 2022.
Visit his website and sign up for his newsletter at
https://kevinarthurdavis.com
Facebook  https://www.facebook.com/KevinArthurDavis
Twitter https://twitter.com/BocaVapes
Download a free ebook of Shattered Blood at
https://dl.bookfunnel.com/lasx0yv2sr 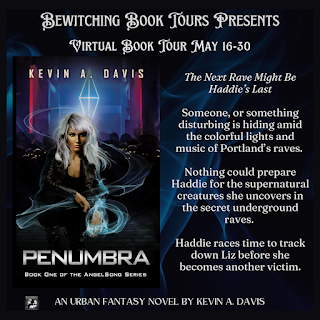