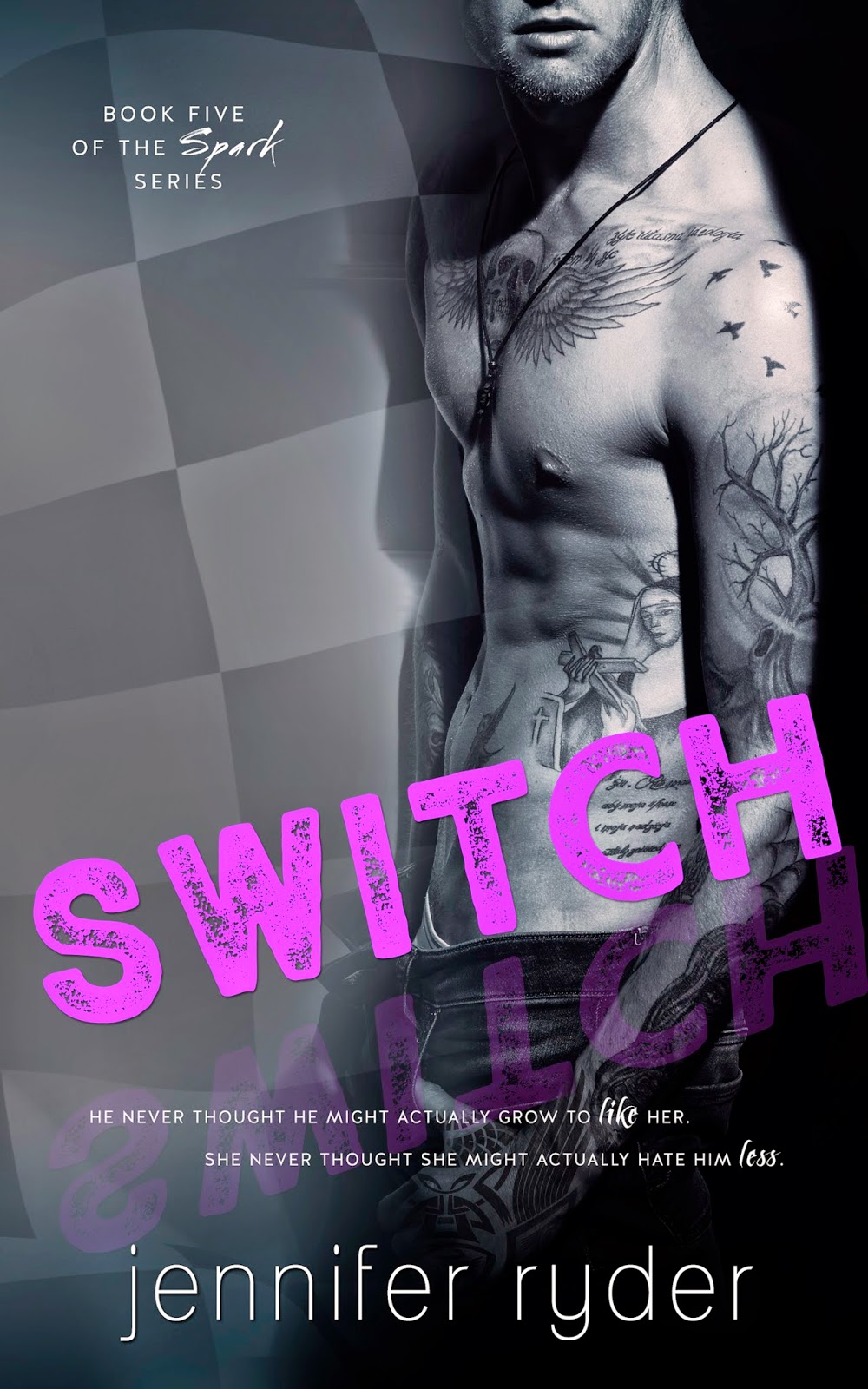 
With an ex fiancé leaving her in debt, breaking up with her girlfriend and struggling to find a place she can afford, Sophie McKenna has hit an all-time low. Everyone thinks she’s a lesbian, and she likes it that way, but her estranged parents know better.

The foul-mouthed motocross mechanic, Rocco De Luca, only has his incarcerated brother left. Every day is a battle of the mind and of the bottle. Tequila and easy women soothe the pain, but they never fill the void.

Rocco doesn’t mind offering his spare room to the hot lesbian he refers to as ‘Suds’. She won’t be clingy, far from it, and he’s keen on the idea of getting to see a bit of girl on girl action.

With such volatile personalities under the same roof, and being in April and Spencer’s wedding party, they both have to learn to get along, even though they can’t stand each other.

She never thought she might actually hate him less. 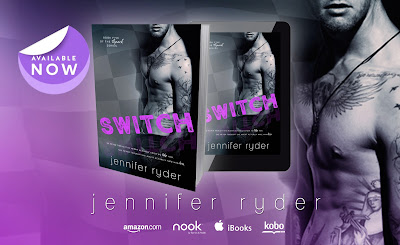 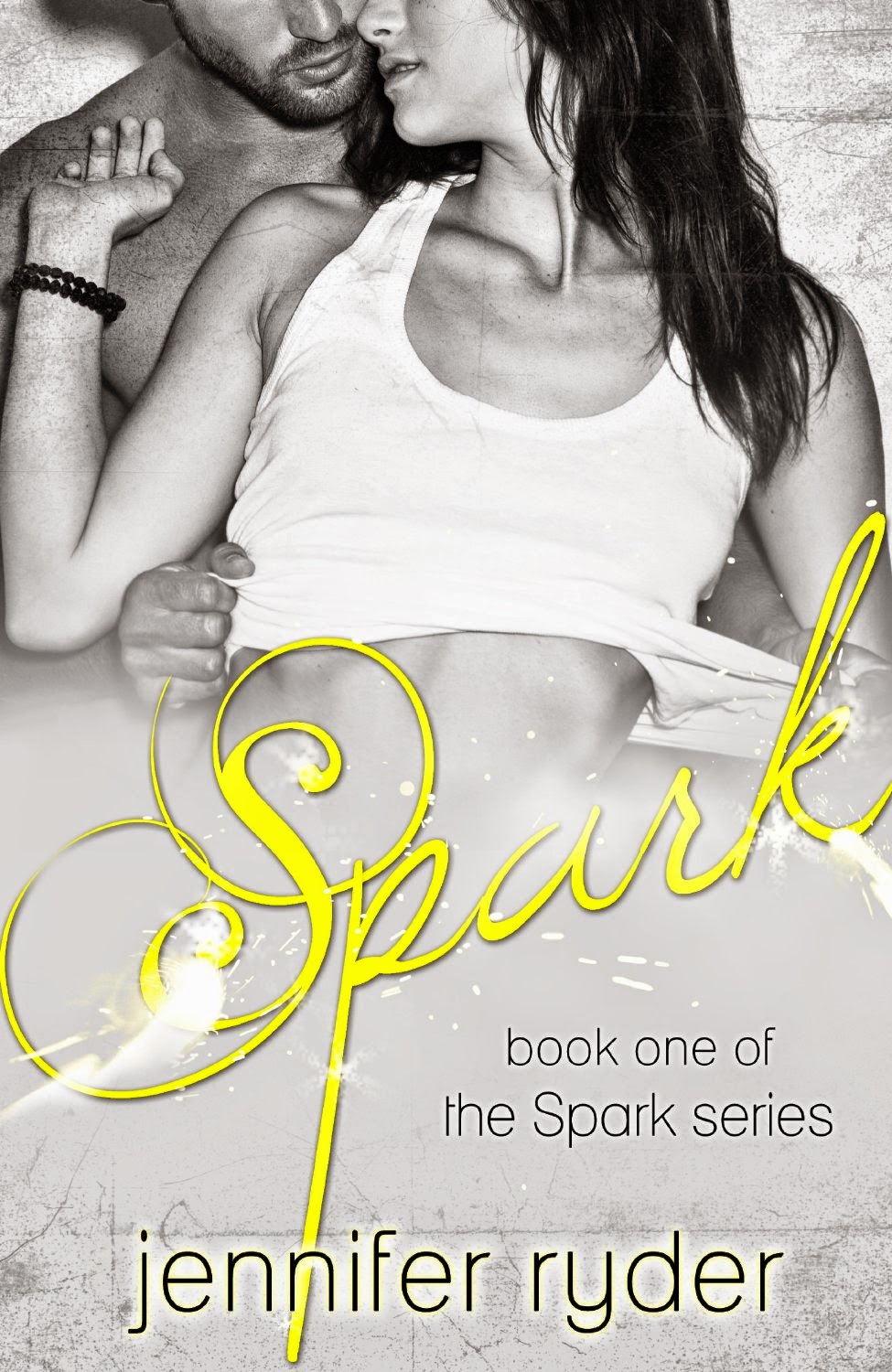 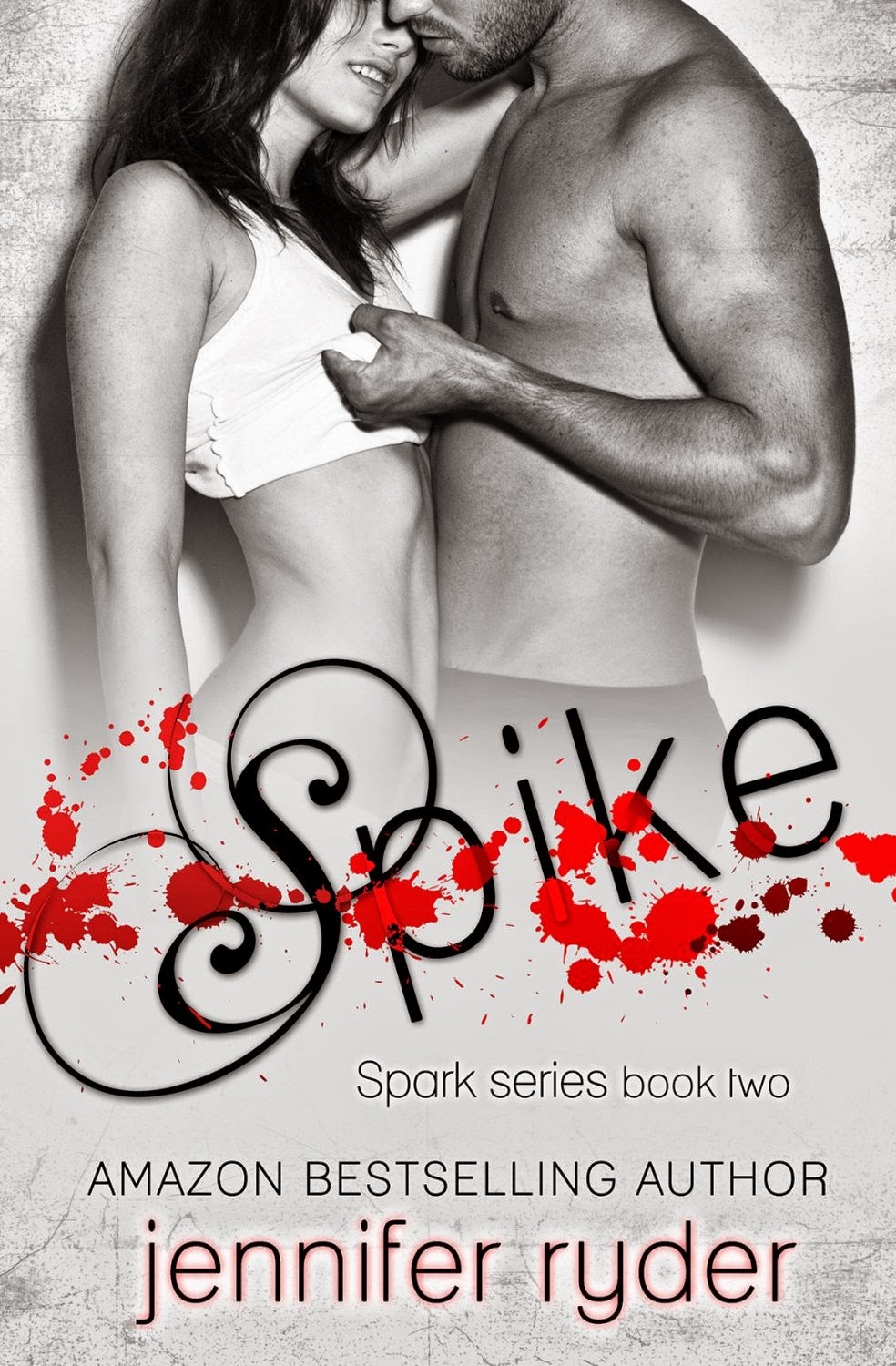 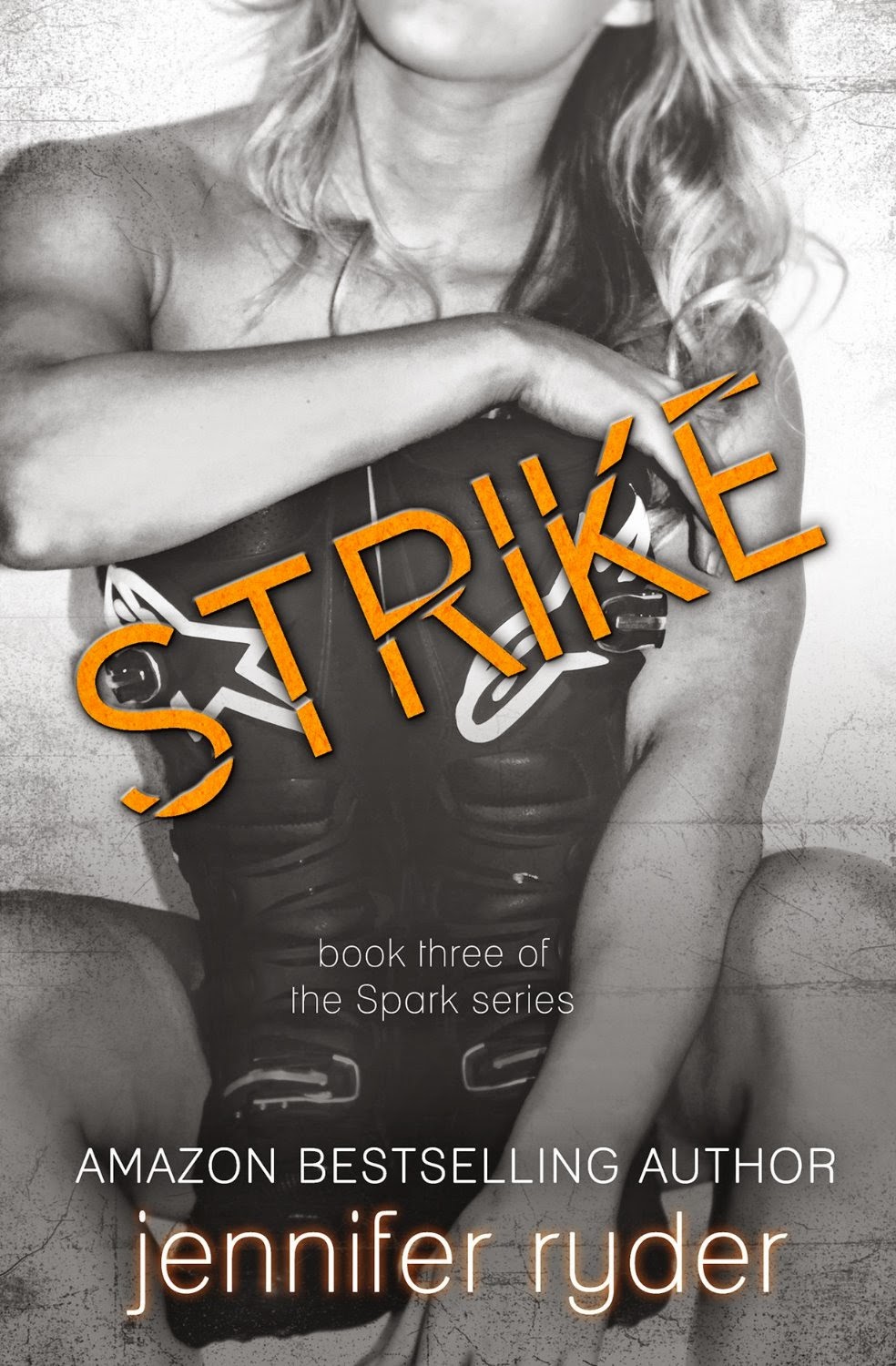 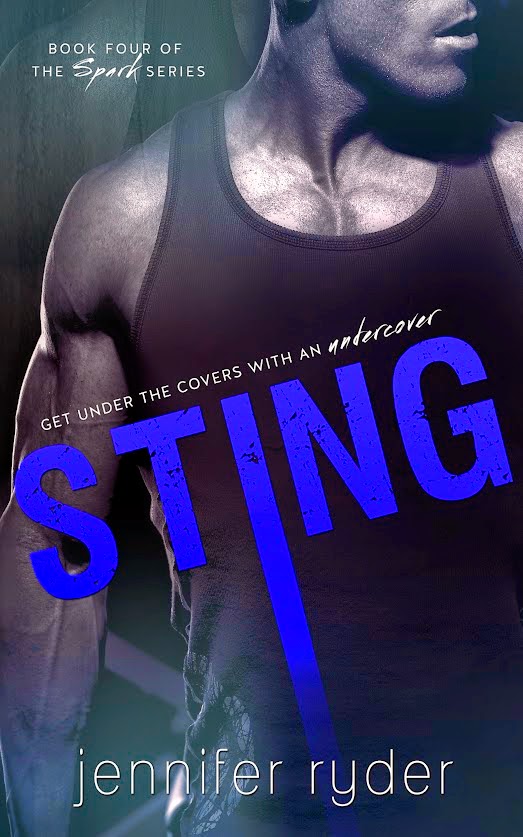 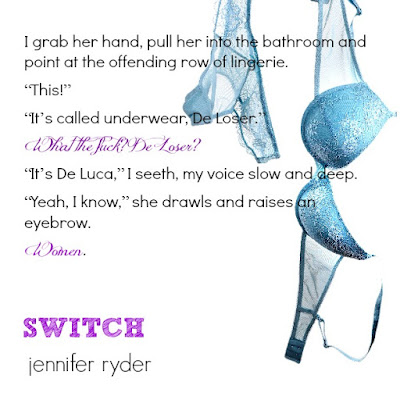 If I poke him, will it be like waking an angry bear? I’m tempted, but I won’t. That’d be a bitchy thing to do. We might be living under the same roof, but we lead separate lives. And that’s how I want it. Completely separate. Removed. His business is his, and mine is mine.

I take a step backward and step on something metal. I crouch down and pick up a spoon. I look around underneath the coffee table, and find an empty glass bowl with remnants of green an inch below the rim.

Snatching up the bowl, the cruel absence of what I was planning to eat when I got home tonight mocks me.

The motherfucker ate my jelly.

“Hey,” I bark out with a hard shove to his shoulder.

Rocco grumbles and swings his head back violently, one eye open as he searches me out. “Who the ... what the fuck?” he hisses. Rolling onto his side, he props himself up and falls back into the couch cushions and runs his fingers down his face. His dark brown, almost-black eyes drill me, as he runs his tongue over his bottom teeth. The whites of his eyes are scattered with red, and beads of sweat lace his brow and down the sides of his face. He looks like shit. More accurately, he looks like someone who greedily smashed a bottle of primo tequila last night.

“You ate my jelly,” I say, shoving the bowl towards him.

He shrugs and his lip curls to the side. “I was hungry,” he says with a challenging gaze.

“You were fucking hungry? I haven’t been here even twenty-four hours and you’re helping yourself to my food?”

He scoffs, and I want to punch him in the face.

“It’s jelly,” he says, with a roll of his eyes. “It’s like a dollar or some shit. I’ll buy a packet. Bloody hell, I’ll buy two. No need to get your fuckin’ panties in a bunch.”

He sits up and rakes his fingers back through the longer strands of dark hair on the top of his head. He slouches farther into the couch, one hand scratching at the faded black T-shirt adorning his chest, the other hand sliding between his legs and adjusting himself.

“I’m not pissed about the fact it costs bugger all. I don’t touch your shit and you don’t touch mine. Got it?”

I turn on my heel, flicking my ponytail over my shoulder. I couldn’t be arsed waiting for his response. I can’t imagine I’ll like it anyway.

“And would it kill you to put the bloody toilet seat down?” I throw at him as I walk out the door.

His laughter echoes into the stairwell, right before the door slams shut.
Arsehole. 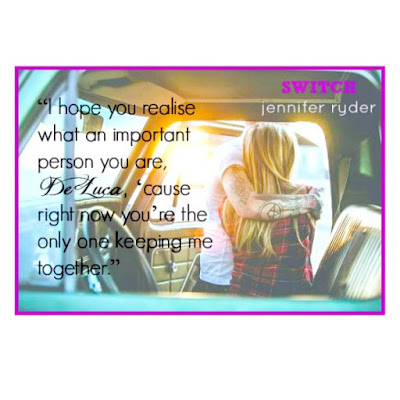 A sexy imagination, a life-long love of books and a sucker for romance, Jennifer Ryder couldn't stifle her creativity any longer.

Writing steamy adult romance has become her new focus. Living on a rural property in New South Wales, Australia, she enjoys the best of city and country.

Her loving husband is ever willing to provide inspiration, and her two young cherubs, and sheep that don't see fences as barriers, keep life more than interesting. 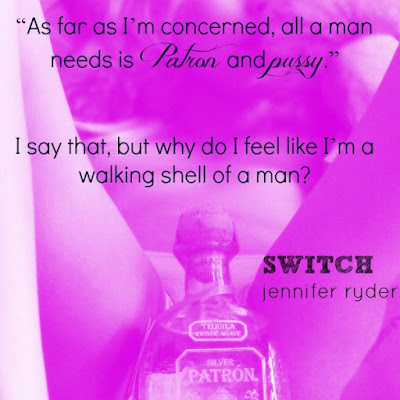 a Rafflecopter giveaway
at 8:01 AM