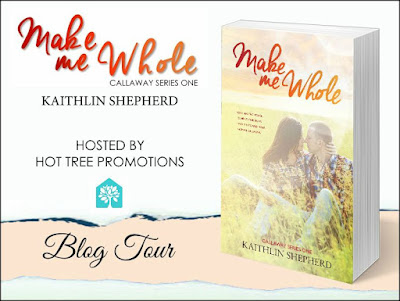 Love has the power to mend one body, two minds, and make them whole again. 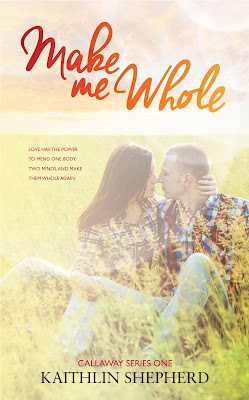 Take the journey with the oldest Callaway brother as he finds and fights for true love.

Surviving the unimaginable, Jamie Caldwell finds herself at a crossroads. Her only chance at a full recovery sends her to Montana. Anxious but determined, Jamie is resolute on her mission to break free from her past, leading her into the care of Cole Callaway. Instantly, everything changes. Jamie knows the cowboy has the ability to help fight her demons, but opening up to him also gives him the power she’s just not ready to relinquish.

Returning from Afghanistan a different man, Cole Callaway is damaged. His new mission leads him to supporting wounded veterans and helping them get back some of what they’ve lost. With his own demons to battle, every day is a trial, but the moment Jamie Caldwell walks into his life, his focus and aim changes. Cole faces the biggest challenge of his life: Make Jamie stay in Montana and if he has his way, into his bed. 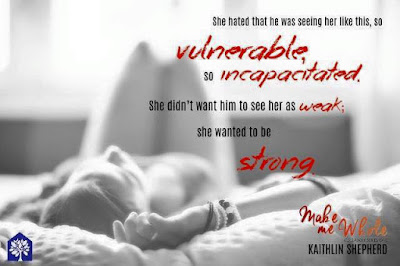 She watched him move across the room as he got their drinks and was mesmerized by how the man just seemed to relax into a steady rhythm. When he caught her staring at him, he gave her a famous Callaway smile before turning the tables on her. “You know, I don’t think I have ever met someone who turns me inside out just by looking at me. You, Jamie Caldwell, are sure making me think things I haven’t thought about in a long time.”

He walked toward her with their drinks in his hands. With the moonlight shining through the back door, she saw a glimmer of intensity in his eyes. It should have scared her or made her feel unbalanced, but her breath quickened in response to the way he looked at her. She took a minute to admire his body. His shoulders and chest were broad. And there was just something about the way he held himself that she found incredibly sexy.

“You keep staring at me like that and we are going to have a problem.” He’d moved closer to her. He stood inches away from her when she looked up at him and their eyes locked, sending electricity through her entire body.

“Well then, maybe we should find a solution to that problem.” She watched Cole set the glasses of whiskey on the corner table. He wrapped one hand around her waist and the other around her neck, then pulled her in close to him, near enough that she could feel his heartbeat and the heat rolling off his body.

“Are you sure about this?” She knew he needed to hear her say the words, not just for himself but for her, as well. This was a milestone moment for her, and she cherished the knowledge she’d found someone she trusted enough to let this part of her past go with him.

Jamie wrapped her arms around his neck and pulled his head to her. Their lips were almost touching, and when she whispered the words, “I have never been more sure of anything in my life,” he took what he desperately needed. 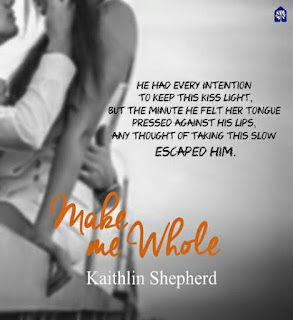 Website I Facebook I Twitter I Goodreads I HTPub Profile
Kaithlin Shepherd was born and raised in Canada where she learned to figure skate and crafted a love affair with coffee. Growing up in a household filled by strong-headed women, she learned early on that life is what you make it. You’ve probably never met a bigger country music fan and in the words of Brooks and Dunn, she’s a die-hard ‘George Strait junkie.’ Constructing a world away from her real life, Kaithlin loves the feeling of creating a universe where her fans can forget about everything in their life. She loves writing about hot alphas and doesn’t shy away from turning up the heat with scorching hot sex scenes.