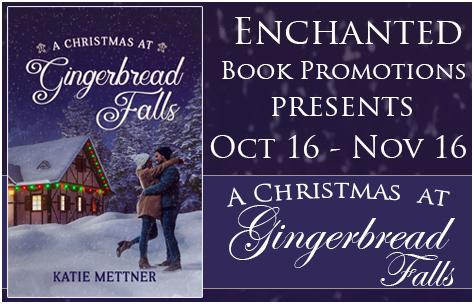 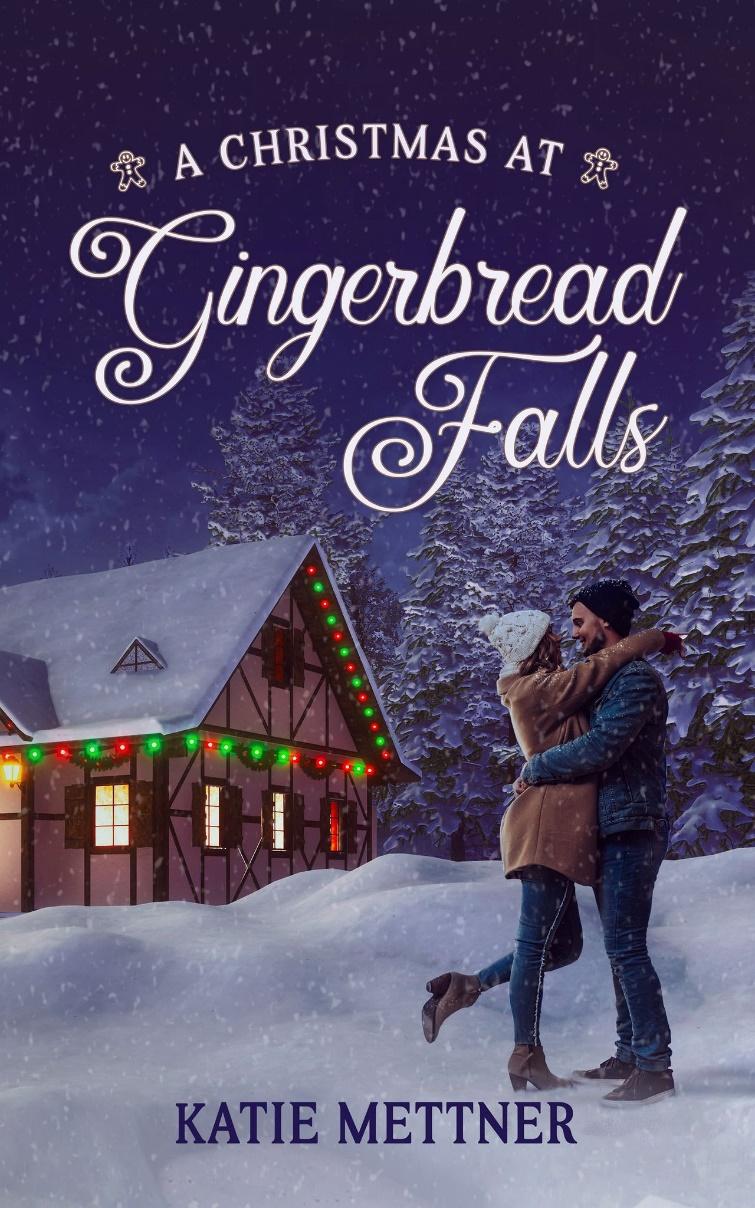 Title: A Christmas at Gingerbread Falls

Actress Carrie Murray’s films are a Christmas lover’s delight. Filled with twinkling lights, festive carols, and happy endings, they’re the perfect escape from reality. For her and the audience. Then Tinseltown calls.

Braxton Timothy is Hollywood’s biggest action star. Handsome and talented but decidedly on the naughty list, no one can fathom his sudden desire to produce a feel-good Christmas movie—least of all, his no-name co-star.

Alternating between scenes reminiscent of everyone’s favorite made-for-TV movies and unexpected, off-screen chemistry, Gingerbread Falls has surprises in store this holiday season. The question is, will there be enough Christmas magic to convince two imperfect people that they’re perfect for each other?

“Cut!” Simonson yelled. “Good, though your lips were getting a little too close for
comfort,” he grumped with his head shaking. “No kissing, onscreen, until the end.
Remember that, Mr. Hollywood.”
“Yeah, Mr. Hollywood,” Carrie teased, still entranced by his eyes. “No kissing.”
“Onscreen,” he added. “He didn’t say anything about in our trailers.”
She laughed and dropped her hands from his chest, putting some distance between
them. “This girl is going back to her trailer for a nap. Someone had this great idea
about going sledding, and it took a lot out of her.”
Brax tickled her side as they walked toward the mess tent. “Oh yeah, well, I didn’t
hear her complaining at the time.”
“She wasn’t complaining, but now, she’s tired. She’s going to get a bite to eat, and
then she’s going to bed, alone.”
“She’s no fun,” Brax said on a hip-check and a sigh.
Carrie grabbed his arm and pulled him into a dark corner where no one was lurking.
“Brax, we’re not out there anymore. We are here doing our jobs, and we can’t let the
rest of the cast and crew see us be anything but professional, right?”
He held up his hands to indicate he was staying hands off. “I know. I’m teasing you. I
know where the line is drawn. I know how to respect it and you. Hands off except in
private, but your trailer is private.”
“It is private, but it also has three-inch-thick walls and no soundproofing. It would give
a whole new meaning to the phrase, if this trailer’s rockin’, don’t bother knockin’.”
Brax bit back his laughter so no one caught them having a private tryst they couldn’t
explain. “That may be true, but I am going to need to ravish you again before this movie is over. We’ll wait until the crew is all in bed and sneak up to Noelle’s
apartment.” He wiggled his brows, and she hung her head, shaking it.
“Sure, that’ll work with all the soundproofing in this place.”
“Hey, I can be very quiet when I need to be. You might not be able to, though. You do
like to call my name loudly and with great enthusiasm.”
She smacked him but was laughing hysterically into his chest. “You’re so incorrigible!
I’m leaving now. I’ll see you later for the snowball scene.”
“I wish we didn’t have to film that scene. I still haven’t warmed up from this morning,”
he said on a sigh while he followed her back around the wall that hid them from the
food tent.
“Slip into a hot shower and then climb into bed. That’ll warm you up,” Carrie said,
tossing her head at him.
“I’d rather slip into something else that’s wet and warm,” he called after her.
Carrie refused to turn around, but she couldn’t hide how her shoulders shook with
laughter. 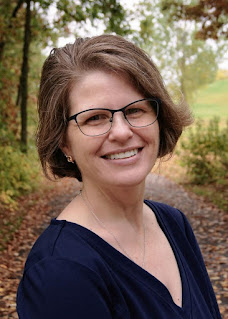 Katie Mettner writes small-town romantic tales filled with epic love stories and happily-ever-afters. She proudly wears the title of, 'the only person to lose her leg after falling down the bunny hill,' and loves decorating her prosthetic with the latest fashion trends. She lives in Northern Wisconsin with her own happily-ever-after and three mini-mes. Katie has a massive addiction to coffee and Twitter, and a lessening aversion to Pinterest -- now that she's quit trying to make the things she pins.

Find out more about the Publisher