Hannah Armstrong, the new principal of Santana High School is a complete ball buster, so Mack Garner, her drama teacher, thinks. Her cutbacks to his department’s budget will force him to scrimp on his students—something he refuses to do. The stubborn woman won't listen to reason so he's taking matters into his own hands. He devises a plan to secretly replenish the money that is surefire, as long as he’s not found out. By stripping under the stage name The Dom and using an ironclad disguise at Iron Rods, Austin’s only strip club for women, he and his hard body will have his program flush again and soon.

But Hannah Armstrong has secrets of her own. The rigid, by-the-rules school administrator harbors dark desires to surrender to the titillation of BDSM. She needs a man—a real man—who can melt her inhibitions and master her. Exploring the lifestyle is a dangerous proposition for a small town principal though. Any whiff of scandal would destroy her career. She's nearly given up on the dream until she meets a masked Dom at Iron Rods. The gorgeous male stripper so far away in Austin seems like the perfect solution. Is there a chance she can satisfy her furtive fantasies without being discovered?

She was here for a lap dance or more with the Dom. Time to get the party started.
Mack placed both hands on her shoulders, then slowly squatted before her while letting his palms drag down the outside of her breasts as he lowered himself before her chair.
Hannah let out a moan.
A grin tempted to show itself, but he held it back. She was getting into this.
So was he.
He continued on a path down her waist, onto her thighs and stopped when he reached her skirt-covered knees. Now crouched before her, he looked at her. Face-to-face. Hers a study in heightened expectation.
When he pushed his hands back up her leg, taking the hem of the skirt with him, a sigh escaped her mouth and he nearly moaned himself. A dangerous amount of thigh now showed, and what thighs they were. Firm but soft and went on for miles. His fingers hovered so damn close to her hidden nest of curls, he could feel its welcoming wet heat. His curiosity begged to take a quick peek beneath her skirt, but he reminded himself he was a professional stripper. He was here for the customer, and right now that customer’s gaze was locked to his.
He angled himself between her bent legs, gently prying them apart to make himself room.
“So, tell me, Hannah,” he started, the pads of his thumbs roaming over her warm skin, “what’s yer pleasure tonight?”
“My pleasure?” she asked dreamily.
“Would ye like to take off yer top? Maybe yer skirt?”
Please say yes.
Once again, her eyes widened and she swallowed a gulp of air. Her fingers flew to the open collar of her shirt.
“No!” Her high-pitched tone cut through the muffled music encapsulating the small room. She shook her head and cleared her throat. “I mean,” she corrected quietly, “no thank you. I’d…I’d like to keep my clothes on.”
Damn.
“Fair enough,” he said, hoping he didn’t sound as disappointed as he felt. “This is yer party. I want ye to enjoy yourself.”
Mack plucked the hand she was using to hold her blouse and flattened it on his chest.
“Is this what ye want?” He slid her palm down his abs, measuring her response. Her entire body went limp, a small exhale leaving her lips. She offered him a timid smile.
He smiled back. “I’ll take that as a yes.”
He searched her eyes while moving her warm fingers over his stomach until they found the silky top of his thong.
“Lower?” Even he heard the gravel grinding in his voice.
Hannah bit her lip. The sight of her teeth gnawing the plump flesh of her mouth was far more erotic than he’d ever imagined.
After a beat, she shook her head.
“No. Not lower. I’m not ready for that.” She paused, and gifted him with a sigh. “Yet.”
Yet?
So there was still some gumption in her.
Excellent!
“Then let me do a little dance for ye. Sound good?”
She nodded.
“Before I do, I want ye to let yer hair down.”
The unsolicited words flew from his mouth, his lips betraying his long-held wish. But even as the last syllable slipped out, he was glad they had. The tight bun Hannah perpetually wore had bothered him from the first moment he’d met her.
Her breath hitched.
“Are you commanding me to take down my hair?”
Commanding?
Should he command her?
The notion certainly suited the situation. He was the Dom after all. Why the hell not?
“Aye, lass,” he said, releasing his hold on her. “Now do as ye have been bidden.”
Goosebumps rose on her arms. A sly smile spread across her face. Without any argument, she reached for the offending bun and pulled the pins securing it in place. In one whoosh, the long, blonde locks tumbled from the top of her head and spilled over her shoulders, framing her face.
The stern schoolmarm instantly vanished. In her place sat a sexy siren, and Mack couldn’t deny her call.
“Does this please you, Sir?” she asked.
Sir?
What the hell is she—
Realization dawned in that moment. His heart skipped and his head damn near exploded.
Holy shit and fuck me twice.
My take-no-prisoner boss is into BDSM.
The titillating discovery shook him so badly, he struggled to keep from falling back on his ass.
Mack looked around the room, checking to see if anything had changed. It must have. Somehow, someway, he’d stepped into the Twilight Zone. His boss had become the subordinate, and he… the Master.
“Sir?” She prompted. “Did that please you?”
He stopped himself from blurting out, “Are you fucking kidding me? I’m the happiest man in the whole damn state of Texas,” and then jumping up and kicking his heels together.
Never in his wildest dreams could he have imagined Hanna Armstrong, his prickly, uptight principal, having a kinky side. Who the hell could have predicted something so absolutely off the radar? And just when and how often did she let her freak flag fly?
Mack willed his body and mind to behave, waiting several heartbeats until he reined in all the childish excitement flooding his system before he continued. He was the Dom. Stuff like this was supposed to happen to him all the time. He had to be cool. Stay in character.
“Aye, it does please me, Hannah.” He cleared his throat. “Verra much.”

I really enjoyed this read. Most of you go take some time to purchase this book and get down to the good stuff with this one. I can honestly say that the author Brenna Hails is an awesome writer. I look forward to reading more from her in the near future.

I rate this book a full FIVE stars and encourage others to pick this one up today! Also, don't forget to enter this spectacular giveaway below! 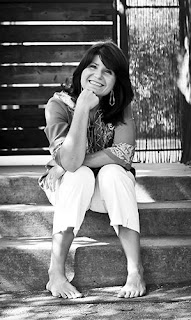 Brenna hails from the Lone Star state where she lives with her husband and four dogs, three of which are as big as long horns.  She’s a fun-loving writer who likes nothing better than to explore while she travels (no planned excursions, please!), eat what others cook (it works out better for everyone that way), and avoid the gym whenever possible.

Her journey through life has taken her all over the United States, as well as many places throughout the world. Using her travel experience as a guide and peppering in interesting characters she’s met along the way, she loves nothing better than weaving tales of romance and leaving readers yearning for adventures of their own. 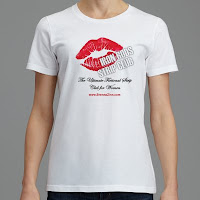 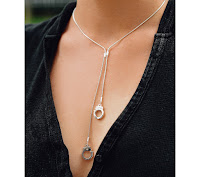