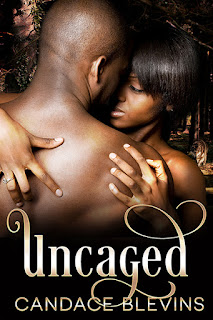 It’s been fourteen years since Keisha’s criminal actions put their son in foster care while Darnell was out of the country on a Navy SEAL mission. His attorneys handled all communication with her during the divorce proceedings, and he hasn’t spoken with her for nearly a decade and a half.

When she’s finally paroled, his wolf is insistent he makes sure she has a place to live and help getting on her feet.

Wolves mate for life, but the man can’t forgive her for putting their son at risk.

I made myself a huge salad with three kinds of lettuce, spicy croutons I made from old bread, and torn up pieces of leftover fried chicken. I drenched it in blue cheese dressing and considered it a feast as I read a racy romance.

Of course, the girl in the book had a damned butt plug in while the seriously-alpha dude pounded her pussy. Of all the books to read right now, it had to be this one.

Darnell had put a little container of coconut oil with the plug, so I got them both out and looked at them for several long moments before I rolled my eyes and lifted the fancy-assed plug from its velvet cradle.

It was big but it wasn’t huge, so I hadn’t expected it to weigh so much. It would spread me open going in, but the part between the plug and the outer ring wasn’t very thick.

With a sigh, I stuck my fingers in the coconut oil and coated the plug. I didn’t want to stick my finger in my ass, so I just put a glob on the outside. Yeah, I should probably work myself up, but I’d taken cocks much larger than this in prison without being made ready.

I gasped as the slick, cool metal went in, and then groaned as it seated itself inside me. I’d been right about it not holding me open once in, but I hadn’t expected the weight of it to push on my muscles from the inside. I wiggled around a little, and paged back several times on my phone until I found the spot where he picked her up and carried her to bed.

I couldn’t even be grumpy with Darnell about the plug. In fact, I kind of liked it, and decided to leave it in for a bit. 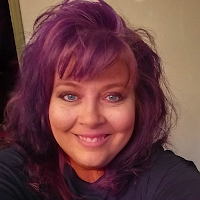 Candace Blevins lives with her husband of 18 years and their two daughters. When not working or driving kids all over the place she can be found reading, writing, meditating, or swimming.

Her urban fantasy series, Only Human, gives us a world where weredragons, werewolves, werelions, three different species of vampires, as well as a variety of other mythological beings exist.

Candace's two paranormal romance series, The Chattanooga Supernaturals and The Rolling Thunder Motorcycle Club, are both sister series to the Only Human series, and give some secondary characters their happily ever after.

Her Safeword Series gives us characters who happen to have some extreme kinks. Relationships can be difficult enough without throwing power exchange into the mix, and her books show characters who care enough about each other to fight to make the relationship work. Each book in the Safeword series highlights a couple with a different take on the lifestyle.

You can visit Candace on the web at candaceblevins.com and feel free to friend her on Facebook at facebook.com/candacesblevins and Goodreads at goodreads.com/CandaceBlevins. You can also join facebook.com/groups/CandacesKinksters to get sneak peeks into what she's writing now, images that inspire her, and the occasional juicy blurb.

Stay up to date on Candace’s newest releases, and get exclusive excerpts by joining her mailing list!

Other Books by Candace Blevins 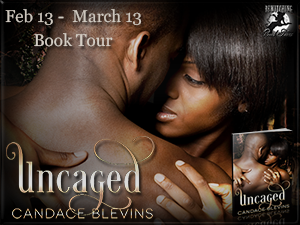