Powers, Spice and Not So Nice! Book Blitz! 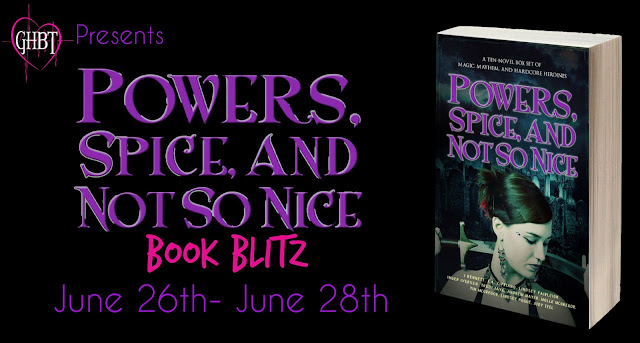 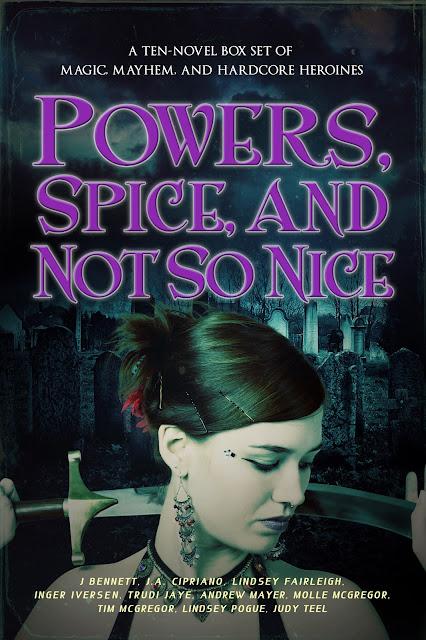 Girl Power Rules The Night In The POWERS, SPICE, AND NOT SO NICE Box Set

Welcome to a world of magic and mayhem where witches, shifters, angels, ghosts, and vampires walk (or lurk) among us. Where normal humans suddenly discover they aren’t so normal after all, and where it’s up to strong, courageous women to save the day.


If you crave stories with super and magical heroines, action, and paranormal creatures, then you’ll love the mystical allure of this box set. We’ve collected ten amazing new adult/paranormal novels by some of the best up-and-coming authors for your reading pleasure.


Every book in this powerful set features a strong female heroine who must confront and overcome her demons (sometimes literally) in order to save the day. Genres include paranormal romance, paranormal action, paranormal dystopia, paranormal time-travel, and more. Each story promises adventure, high stakes, unforgettable characters, and something out of the ordinary.


The novels in this set include:


>>> After The Ending – Lindsey Pogue/Lindsey Fairleigh
The Virus wiped out billions across the globe, endowed some of the few survivors with special Abilities, and left the rest crazy and dangerous. Now Dani and Zoe must learn to master their  new Abilities and trust strangers if they are to survive in the harsh and deadly world of The Ending.


>>> The Broken Sky – Andrew Mayer
Small town cashier Betsey Weisz isn’t living up to her potential when she is suddenly transported to a strange and terrifying new dimension filled with soul-sucking monster and amnesiac saviors. 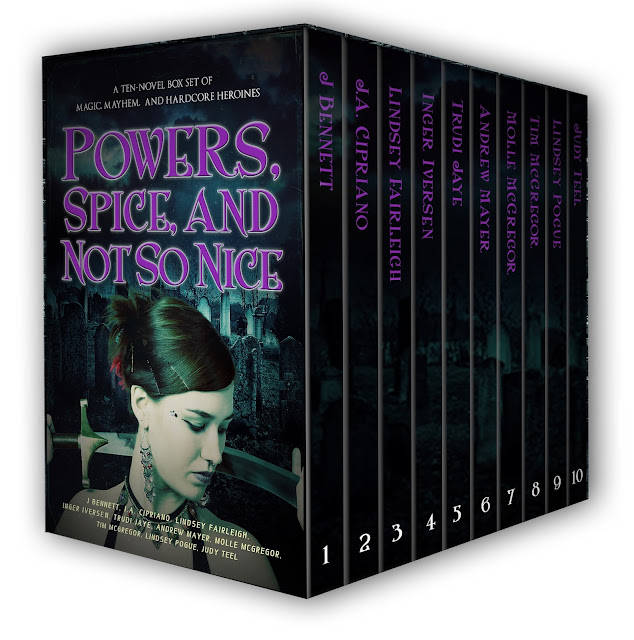 Maya was a normal college sophomore until a stranger with glowing hands kidnapped her and changed her. Now she can see the feelings and emotions of those around her as beautiful auras…tempting auras.


>>> Few Are Angels – Inger Iversen
A horrific car accident leaves Ella Monroe an orphan and plagues her with strange visions. Kale, a handsome and mysterious stranger, reveals the meaning of these visions and the tremendous power she wields through them.


>>> Kill It With Magic – J. A. Cipriano
Lillim Calina knew she shouldn’t have eaten the piece of candy sent by her demonic ex-boyfriend. One lick drags her into the middle of a turf war between a werewolf king and an ancient vampire. Time to get killing!


>>> Ringmaster – Trudi Jaye
For every wish fulfilled, the magic of the Jolly Carnival used to grow stronger—but now it’s just drying up. When Rilla’s father dies under suspicious circumstances, she must fight for the right to be the new Ringmaster while searching for a murderous saboteur.


>>> Shadow’s Awakening – Molle McGregor
Hannah Green finds herself imprisoned by a strange group of men who believe she has special psychic powers. When a handsome stranger comes to her rescue, Hannah finds herself irresistibly attracted to him. Can she trust Connor, the mysterious soldier?
>>> Shifty Magic – Judy Teel
Private investigator and bounty hunter Addison Kittner isn’t afraid of things that go bump in the night. When she finds herself pressured to investigate the murder of a vampire, things just get worse as FBI Agent Cooper Daine (werewolf and ex-lover) gives her an offer she can’t refuse…a paycheck.


>>> The Spookshow – Tim McGregor
When Billie Culpepper wakes up from a three-day coma, she realizes that she can see the dead…and the dead can see her. Now they won’t leave her alone.


>>> Echo Prophecy – Lindsey Fairleigh
Archaeology grad student Alexandra Larson is thrilled to land  the dig of a lifetime. She and alluring excavation director Marcus Bahur spark a romantic connection as they make amazing and time-bendin 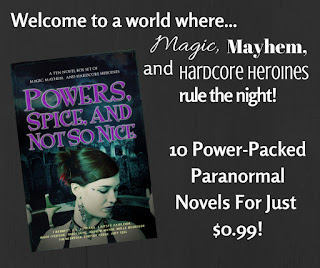 
The Powers, Spice, & Not So Nice box set is available through these online retailers:
at 12:00 AM