The Wisdom of Blood Release Blitz

I am so excited that THE WISDOM OF BLOOD by A.G. Howard is available now and that I get to share the news!

If you haven’t yet heard about this wonderful book, be sure to check out all the details below.

This blitz also includes a giveaway for some AWESOME prizes courtesy of A.G. & Rockstar Book Tours. So if you’d like a chance to win, check out the giveaway info below. 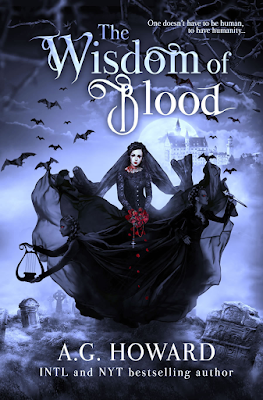 Title: THE WISDOM OF BLOOD (Nocturnus #1)

In 1832 England, to fall from the peerage is the kiss of death. Yet penniless Mordecai Dureance still has a life worth living: an honest vocation and a humble cottage where he, his new bride, Lynora, and his little brother, Isaac, can be a family. But Mordecai knows he’s meant for more than gardening, if only society wouldn’t shun the unholy byproducts of his horticultural experiments. When an ancient sect of vampires lures him into their hidden city, Nocturnus—an ornate labyrinth of tunnels deep beneath Tatabury’s substratum—they promise wealth and acceptance beyond his imaginings. Discarding his human trappings, Mordecai embraces the darkness and its foundation of sins and blood. Yet he can’t forget his light: the woman who loved him, poverty notwithstanding. To contact Lynora on topside is forbidden, but to live an eternity without her is unthinkable. So, Mordecai will break any laws—natural and unnatural alike—to bring her down into his monstrous world.

Lynora Dureance’s life has crumbled under her blue-stockinged feet. Her wealthy family turned away when she married beneath their class. And now, mere weeks after abandoning Lynora and his young brother, her groom returns to claim her. When Lynora awakens, a victim of Mordecai’s bite, she finds herself cloistered in a castle outside of Tatabury. Her rescuers, a clandestine group of women who raise bats, share her gruesome fate—not yet full vampire but starving for blood. By isolating themselves and holding galas to entrance men, the Sisterhood survives without resorting to murder. In contrast, the vampires’ lethal feedings mark them as monsters. Each sister learns to defend herself, honing combative skills that will help Lynora reclaim her humanness and retrieve Isaac from the local orphan house. The one caveat: she must kill the seductive creature who tainted her blood—if she can see past his face and forget the brilliant gardener she once loved.

Lynora’s and Mordecai’s conflicting paths converge on one explosive night as they discover a strange blood-related illness infecting the children at the orphanage. Only by violating the laws that separate them, and bridging the broken trust between their worlds, can Lynora and Mordecai uncover the real monster and stop the evil force behind the plague—before it claims Isaac as its final victim.

Ah. Vampire bats.” Sitting across from her, the priest studied the crackling fire and took a sip of tea. Lynora watched his clear, olive complexion, glazed to shadows and light by the flickering flames. “I have been studying them for some time. At first by choice. Now . . . by necessity.” His square jaw twitched, carving shrewd lines into his masculine profile. “Today I had resolved my studies futile. Had just raised a prayer for guidance and strolled outside to watch the children play, when I saw this . . . statue of gold . . . hiding in the hedges.”  He shifted to look at her. “You may be made-up to resemble an idol carved of precious metal. But I believe God sent you to me.”

“Angels take many forms in biblical accounts,” he added.

His mouth drew to a wide, straight-toothed smile even more inviting than one of his youthful half-grins. Before he could reply, the thunk of children’s footfalls drummed up the steps to the second floor, indicating the children had finished their meal.

The ample Miss Plum muddled into the game room with a porcelain teapot in hand along with an extra silver cup. She took one look at Lynora and nearly dropped the piping hot brew. Her double-chin bubbled beneath her neck as she gritted her teeth. She wobbled to the hearth to pour fresh tea into the silver kettle. The extra cup settled with a clink on the tray, unfilled. Wiping the side of the silver pot with a cloth napkin, the woman mumbled, “Shameless. In a house full of children, seducin’ a priest.” Her tongue clucked in resounding agreement. “Foreigners. Rag-mannered mollies, all of ye.” Then out the door she shuffled.

Lynora’s host arched his brows at her.

Try as she might to hold her tongue, Lynora couldn’t stop from defending the ladies of the castle. “Believe what you will, Father. Rumors abound. But we are not wanton or solicitous. We’re merely entertainers. A means to an income so we might keep the castle that provides us sanctuary from a nightmare existence few others could ever conceive.” She pinched her wrist, missing the protection of her bracelets, of the tall, stony walls and the iron gates. The realization of how truly foreign she was now, in this world to which she once belonged, crackled through her chest like ice forming on water.

Placing his saucer at his feet, the priest leaned forward. His compassionate expression melted some of the frost gathered around her heart. “Earlier, you asked who I am. I’m Father Lucien Tanden. My home parish is in London. I’m not here to judge you, nor to be your confessor. I’ve come to help these children, nothing more.”

“Oh.” Lynora stroked Rime in an effort to regain some composure. “I am Starling, of Gwyndolaire.”

He surprised her by cupping a palm over the hand that protected Rime. “Be you an angel, an idol, or even a songbird, you are an answered prayer. For you hold within your grasp what I suspect might be the key to an illness isolated to the children within this home. And you have knowledge beyond any I have met, as you have tamed the desmodus.”

She tamped the urge to flinch at the word. “This is no vampire bat. He’s a pipistrelle. He feeds on bugs . . . moths, lacewings. Not blood.”

A tiny crinkle etched between the priest’s brows. “Of course.” His hold on her hand grew warmer. “The pipistrelle. I remember reading of them. No. They aren’t of the desmodus genus, are they? But perhaps similar enough to give us some insight into their habitudes?”

“You say you have been studying them?”

“I’ve collected many books over the years.” He gestured to an avalanche of biology and zoological tomes piled in a far corner. “Only recently have my studies brought me to this home, where I find words in print are nothing to life experience. I borrowed two of the viscount’s groundmen today. Sent them to the cemetery. They returned with stories of a haunted mausoleum. Of ghostly bats . . . one such as yours, white with shimmering pale wings and a chain upon its leg. I thought they had gone mad. Then you turn up with the little culprit in tow. God sent you to me. I’m sure of it. The only question is, are you willing to share your command of these creatures to help me solve this ghastly riddle?”  As he released Lynora’s hand, his gaze caught on the bulge at her knuckle where her wedding ring resided.

“Why you?” she asked, tucking her left hand beneath Rime’s furry body while keeping her right palm securely atop his folded wings. “Where is the physician? An ordinary priest is ill-prepared to solve the mysteries of the flesh. Your expertise lies within the realm of the spirit.”

“Ah. But you see, this illness is both spirit and flesh, yet neither—all at once. And I,” his attention flitted to the bat and back again, “am not your ordinary priest.”

His words held a cautionary note, reminding Lynora of the danger she was putting herself—the entire Sisterhood—in by being here. From the window behind him, she could see the rains had slowed. She began to gather up Rime, halting abruptly when a child’s piercing cry from upstairs shattered her eardrums. Like a chain reaction, several other screams broke loose along with a rush of 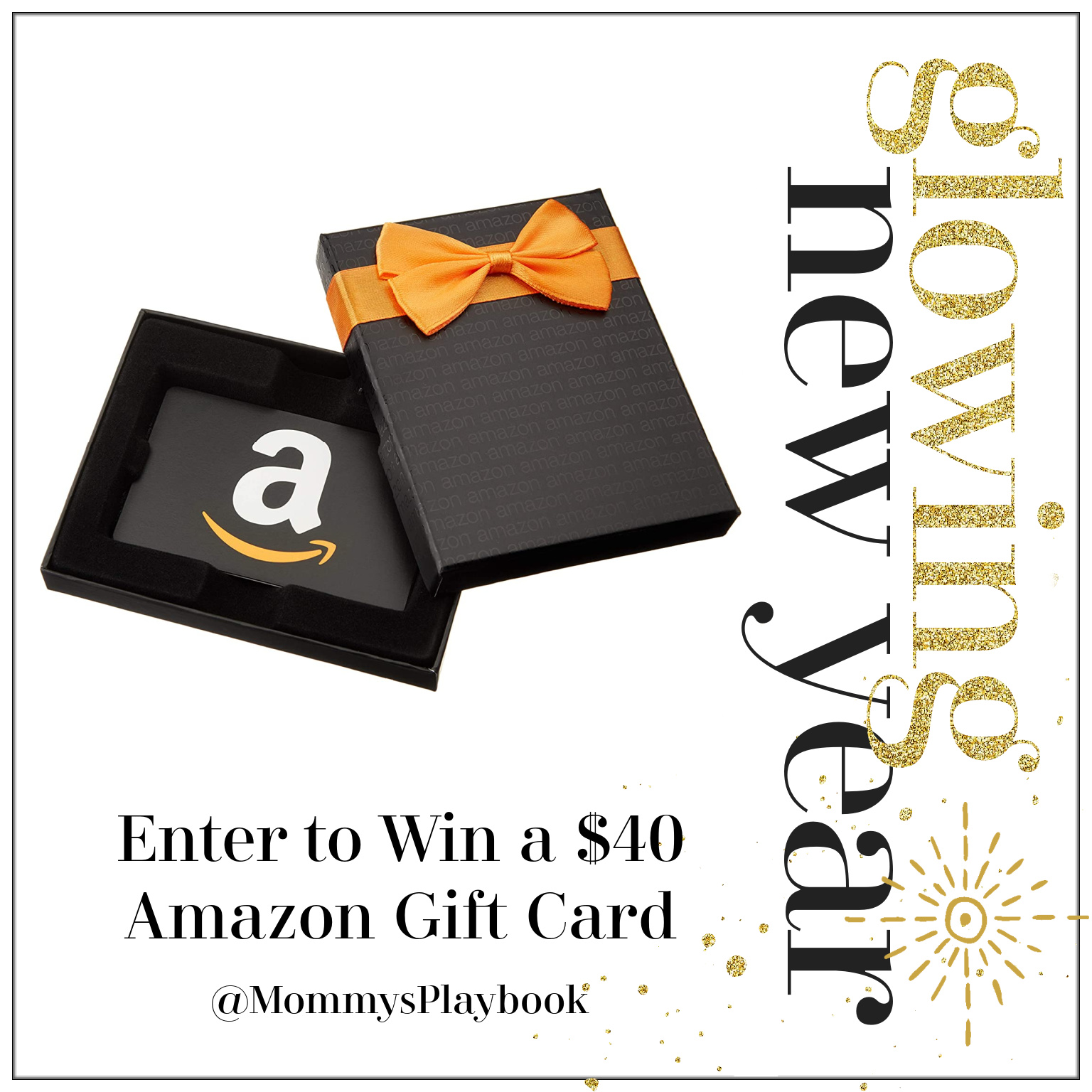