Once Upon A Princess Book Tour #Giveaway! 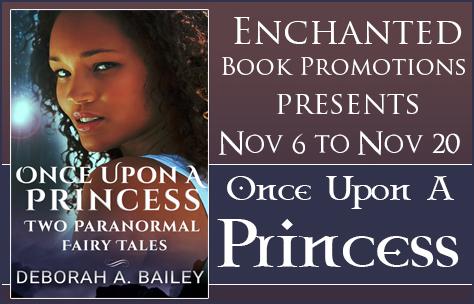 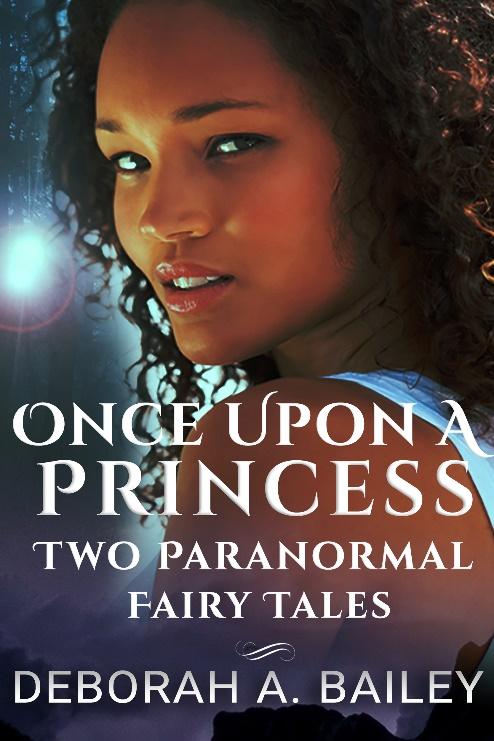 About the Book
Title: Once Upon A Princess Duet
Author: Deborah A. Bailey
Genre: Paranormal Romance

The Once Upon A Princess Duet
In these two sexy paranormal romance "fairy tales," two princesses find that love with a shifter hero is not without complications – but there is always a happily-ever-after. Includes two complete short novellas.
"Heart of Stone"
In the ruins of a country destroyed by a curse. Princess Leesa goes looking for a way to help her people. Desperate to find an item of value to trade for supplies, she trespasses into an abandoned palace.
There, she finds more than she bargained for when she encounters a lonely Gargoyle who offers to provide her with everything she needs, for a price.
If she's willing to pay it, she may find the love she's been looking for. Or she may lose it, forever.

"Beauty & the Faun"
Kayla, a poor young woman runs away when her rich uncle and aunt arrange her marriage to a shifter prince from another land. Her uncle needs gold to settle his debts and the king is offering a great reward if he can obtain a willing bride for his son.
But Kayla's plans to hide in the Great Forest hit a snag when two mischievous fauns find her and deliver her to a very sexy faun shifter who is ready to teach Kayla a thing or two about life and love.

It was quiet, other than the sound of her own breathing - and the thump of her heartbeat. Back out in the foyer, she stopped at the sweeping staircase. The last time she'd been with Eduardo, it had been upstairs in his bedroom. Before he'd left for his last battle. They'd planned to marry when he returned.
Eduardo had been repulsed by his father and by his older brother, Erokan. She still remembered Erokan's sneer when he'd told her of Eduardo's death in battle. He'd really expected her to marry him. She'd refused, and in retaliation he'd set his troops on her family and allies. When it was all over, she'd lost everything.
Leesa headed up the stairs and stopped at the 2nd floor landing. Eduardo and Erokan's rooms had been on this floor. Dust was everywhere, but otherwise the furnishings were just as they'd been left. Varmont's bedroom, private study and library were on the 3rd floor. Most likely he would've hidden some of his valuables there. She went upstairs to check. The doors to the Duke's room, study and library were open. But the fourth door was closed. The treasure room, perhaps?
She opened the door and stepped inside. Strangely, this room wasn't as dusty as the others. The air was heavy with perfume. Across from the door was a folding screen decorated with blue and yellow flowers. Be-hind it she could make out the base of a claw-foot tub.
To her surprise, the entire room had a feminine feeling, from the huge bed covered with blush pink cover-lets and plush furs to the gold-trimmed white furniture. Even the jewel-encrusted skylight above her had its own beauty, reflecting colorful sprinkles of light over the pale stone walls.
A white cabinet with glass doors caught her attention. The shelves held glass bottles of different shapes and sizes. Some had liquids inside, others were empty. What were these? Perfumes? Or maybe potions.
The Duke used magic. Maybe this was where he'd kept his enchantments. Would they be worth anything? Possibly. But just as Leesa reached out to open the cabinet, the door slammed behind her.
Startled, she spun around. She was alone. Who had closed it? Leesa ran to the door and gripped the handle, expecting the door to open as easily as it had when she'd come in. But it didn't. She pulled and banged on it, but it wouldn't budge.

She was locked in.
It was then that she realized the room didn't have windows, other than the glass skylight in the center of the ceiling. It let the light in but it wasn't going to provide an exit. Not like she could've climbed out of a window anyway. Not from three stories up. All she could do now was wait. 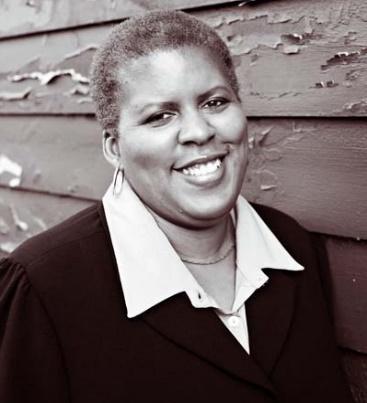 Deborah A Bailey’s Science Fiction & Paranormal Romance stories include suspense, a bit of mystery and a lot of romantic heat.
She’s the author of the “Hathor Legacy” Science Fiction Romance series and several shapeshifter Paranormal Romance novels.  Her short stories have won awards from the Philadelphia Writers’ Conference and have been published in US1 Magazine and the Sun. They’re included in her short story collection, “Electric Dreams: Seven Futuristic Tales.”
In addition to her fiction work, she’s published three non-fiction books including, “Think Like an Entrepreneur: Transforming Your Career and Taking Charge of Your Life.”

The Once Upon a Princess Duet
Amazon

Win a $25 amazon gift card during the tour.

a Rafflecopter giveaway
at 9:00 AM