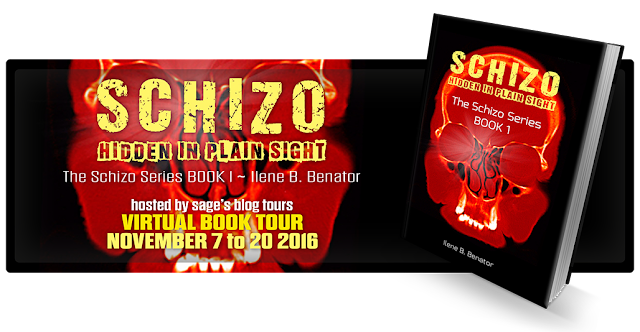 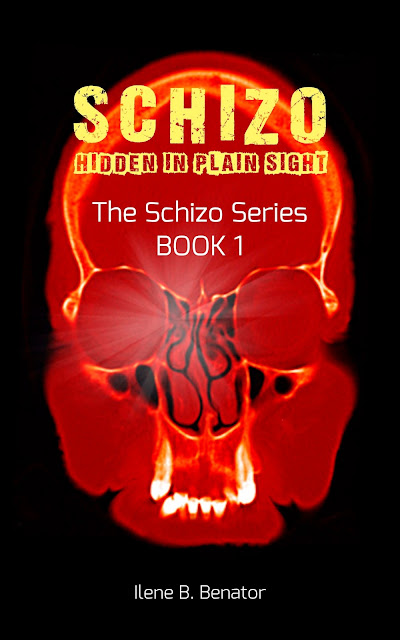 An ambitious future surgeon on his psychiatry rotation is assigned a patient who reveals to him information about an organized plot to control the population. His pursuit of the truth leads him to become a psychiatric patient in the same facility.

Dan Greenberg was a promising medical student who was derailed by Catherine—a bizarre schizophrenic patient whose delusions about patients in danger at hospitals all around Chicago were startlingly specific.

Drawn by both curiosity and compassion, Dan investigates, discovering that they were exactly where Catherine said they would be. Who are these people? Why are they in danger? Are they connected with each other?

While incarcerated, he joins forces with an unlikely ally Jake—who murdered his family during a drug-induced psychotic break, but is also a charming hacker with street smarts who creates a plan to get Dan’s life back. In his attempts to do so, he threatens to uncover a conspiracy to track and manipulate the population by a cabal of influential people who will do anything to keep their plot secret. He will learn just how far powerful people will go to stay in control, and the high price of the truth.

Schizo takes readers on a wildly unexpected journey into the what-ifs of medical science. Written by an Emergency Physician, Ilene B. Benator crafts situations that are terrifying, yet all too believable.

Chapter Two
It was July first, two long years ago, when I began my initial clinical rotation on the most dangerous day of the year to come to the hospital—because it is nearly universal that all residency training programs begin their new year on that day. Essentially everyone who knew what they were doing just got promoted to do something else. And those replacing them were just winging it until they gained a little more experience.
I arrived on my first day armed with the knowledge I received from three different psychiatric texts, and a smartphone loaded with every program I could think of. I left nothing to chance. I had to succeed.
I cranked up the air in my car, as it was a typical sweltering summer day in Chicago. It’s a forty-minute drive to northwest Indiana, and I did not want to get perspiration stains on my brand-new, striped Brooks Brothers button-down shirt. The nicely pressed short white lab coat issued to me last week hung against the passenger window. No need to get any more claustrophobic than necessary with too many layers of clothes.
Thinking about that made me reflexively adjust my tie. I was still getting used to wearing one, but looking sharp and professional was the goal. I went old-school with a bright red paisley pattern—that was my first mistake of the day ... as I would soon find out.
To enter the facility, you had to pass through a security checkpoint. A tall fence with barbed wire facing inward surrounded the compound. This property was a hospital, with the trappings of a prison. The campus itself seemed pretty non-threatening. A bunch of buildings scattered about on substantial well-landscaped acreage. I spent a few minutes winding around, until I came upon the building number, per the instructions in our Student Clinicals Manual.
There was a security presence at the entrance to the building as well. Though we were issued badges that we had to wear, little attention was paid to us medical students. If you looked the part and gave the appropriate story you were ushered in without even a metal detector screening. It seemed clear that the concern was not towards those entering, but on those attempting to leave...

Benator gives her readers a really unique writing style, and I just really connected to her style. Seeing that I majored in psychology this book was a read that kept me intrigued. Not only that but I thoroughly enjoyed the main characters as well. Benator definitely deserves a holler for this one!

I rate this book a full five stars and encourage those lovers of a psych thriller to pick this one up because you won't be able to put it down!

* I was given this book in exchange for an honest review.
All opinions are mine and I have not been compensated for them.

A board-certified Emergency Physician, Ilene B. Benator practices in the southeast and also wrote the screenplay adaptation for Schizo, which won a Certificate of Merit in the Los Angeles Cinema Festival of Hollywood Screenwriting Competition, and was finalist in two other screenwriting contests. Also, she is Associate Producer, "Flesh" (2016) Cruell World Productions; Morningstar Productions. After growing up in New York and leaving to attend Emory University for undergrad with a degree in psychology, she then went to medical school in Chicago, and returned to Atlanta to do her training; where she now resides. After her training ended, her writing career began, publishing a non-fiction book for doctors prior to this debut novel. When not working or being soccer mom to her two wonderful kids, plus two cats and one dog, she enjoys architectural photography, camping, skiing, and takes hikes in the mountains with her husband and black fluffy dog Daisy.

The author is giving away Paperback & Audible copies of Schizo: Hidden in Plain Sight {2 WINNERS}