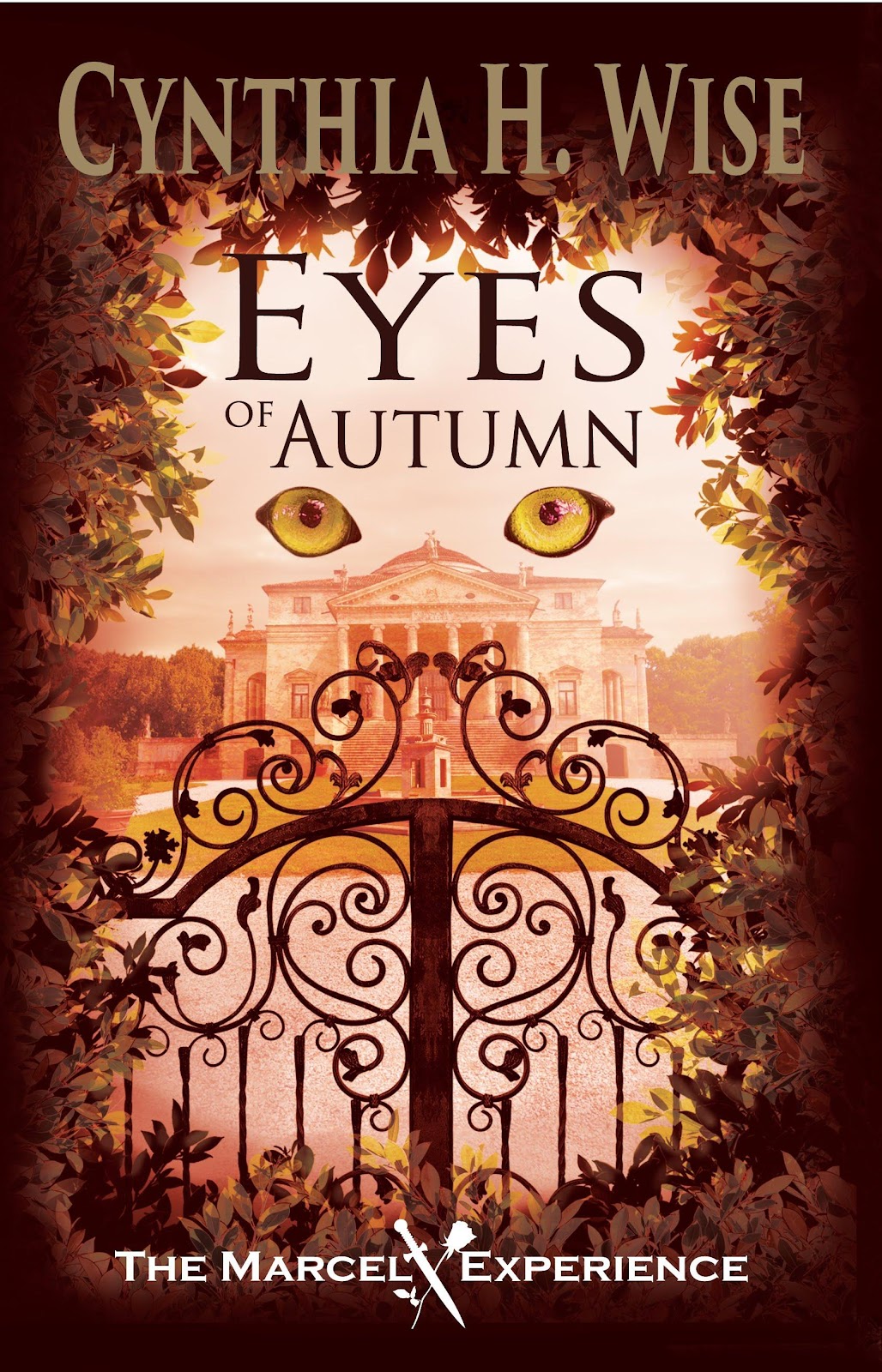 Recurring dreams have plagued Katie Hammond since childhood, forcing her to keep an open mind to the paranormal. But when Katie is compelled to follow a forest path during her trip to the Blue Ridge Mountains, she stumbles into a forgotten life – one she’s not sure she wants to remember – and an enthralling man who shouldn’t exist.

At the end of the path is Marcus Hillyerd, a man with a secret and golden eyes. He comes face-to-face with the only woman he’s ever loved. The only problem – she doesn’t remember him.

Then evil from Marcus’s past emerges and attempts to destroy everything he holds sacred. Needing reinforcement, Marcus calls upon Marcel Enterprises, his network of paranormal beings dedicated to helping victims of corruption. Together, they must risk their lives to keep Katie safe and protect the empire that took Marcus more than a century to build.

Marcus stood on the back of the veranda in the night shadows and listened. In the distance, he heard the faint squawk of radios, voices, and the purr of engines. He had time. Stepping into a sprint, he crossed the garden and was through its door in a matter of seconds. The forest beyond waited and his beast roared inside of him, wanting out. It was exhilarating running at top speed through the trees with night sounds and the scents of animals teasing him. At the edge of the forest, he stopped to observe and took a deep breath. The smell of rotting blood assaulted his nose.
The cabin was shrouded in moonlit darkness. Yellow crime scene ribbon was stretched from post-to-post at the top of the porch steps and across the door. With a swipe of his hand, Marcus pulled them down and gave an experimental twist of the knob. One sharp push splintered the wood at the lock and the door swung open.
The smell of lingering death was like a wall, coating Marcus’s nostrils and tongue, triggering his gag reflex. As he looked around the room, the first thing to draw his eye was a police outline of Angie’s body. His gaze moved on to the trail of blood leading to the loft ladder, and logic told him only one thing would have led Angie in that direction.
With a two-step running leap, Marcus touched a toe to the log wall and propelled himself up and over the railing, landing nimbly with barely a sound. Taking the suitcase with Katie’s scent. He cleared the railing with ease and was soon in the bedroom she’d been using. Within minutes, the closet and drawers were emptied. Leaving the scent of death behind, Marcus pulled the front door shut and broke into a run a she re-entered the forest.

Cynthia H. Wise first conceived the idea for The Marcel Experience years ago. At that time, she wrote stories for her own enjoyment. Inspired at an early age by the paranormal, Cynthia enjoyed having the ability to become someone else, travel to distant places, and experience new things as she wrote.

During the long process of editing her first book, Portrait of Rage, an idea began to take root. Having begun another manuscript years before that she had entitled Eyes of Autumn, Cynthia realized how simple it would be to integrate the two worlds. She envisioned continuing the story and carrying characters from book to book as she continued to introduce new people, new conflicts, and new stories. She realized the list of paranormal subjects was endless. It would be simple to let the story flow from one inexplicable, exciting possibility to another. And voilà—The Marcel Experience was born.

Cynthia H. Wise lives with her husband in Marietta, Georgia, where her series, The Marcel Experience, is centered. When she is not writing novels about the supernatural and the fantastic, Cynthia can be found with her husband, Cliff, their two dogs, Jake and Sadie, and their cockatiel, Sam.

1 signed copy
of
Eyes of Autumn