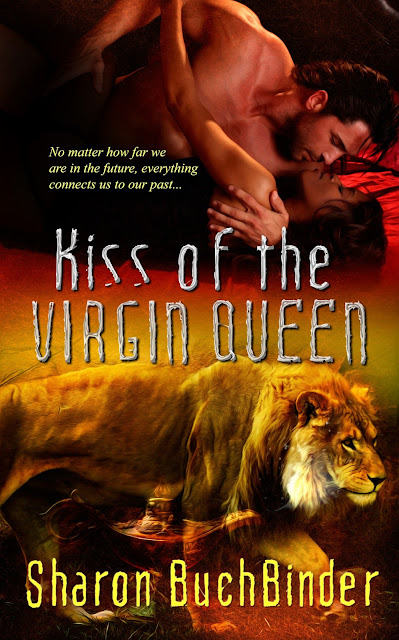 Homeland Security Special Agent Eliana Solomon is on a mission to prevent terrorist attacks. Hard enough to do when the threats are human, almost impossible when it's an evil, shape shifting jinni. Eliana needs help so she calls the sexy and beguiling psychiatrist, Arta Shahani. However, no matter how good he is at his job, the man is on her blacklist. On their last case together, the guy left her for dead.

Arta is stunned when he receives Eliana’s call. Forced to abandon the woman he loves, he now fears she won’t accept his shape-shifting skills as a Persian Lion. Eliana, in the meantime discovers she is a direct descendant of King Solomon and the Queen of Sheba with special powers of her own. But will her skill and Arta's be enough to defeat the jinni, or will they lose the love history decreed for them as well as their lives in this battle of good versus evil?

This book was a real eye opener with a super cool but brand new outlook on genies. This book picks up where the novella written before it ends, Kiss of The Silver Wolf. I recommend reading the novella prior to this although this is a stand alone it will be alot more interesting for the reader to dive into the novella first. If you love a good shifter book or you are into mysteries etc. this will definitely be the one for you. Buchbinder the author really gives the reader in depth characters and a taste of true love. I just love the true paranormal stories!

I enjoyed the writing of this author Sharon Buchbinder and recommend the series to all out there that want to get a piece of true love along with the adventure of jinns and the paranormal. I rate this book with FIVE Stars and encourage you to get a copy!

*I received this book in exchange for an honest review. All opinions are mine and I have not been compensated for them.

A picturesque flight over the Appalachian Mountains to Summertown, West Virginia gave Special Agent Eliana Solomon of the Homeland Security, Science and Technology Directorate, Anomaly Defense Division time to process the urgent report she’d received by email. Up until this week, the existence of werewolf packs had been concealed from the general population. Now reports of the secretive shape shifters exploded in her inbox. Where had this information been all this time? Had the government monitored them all along? If so, why had her boss, Bert Blackfeather, insisted on her obtaining proof of their existence, along with the jinnis? She’d pry an answer out of that closed mouth man—someday. Right now, she had a more pressing matter at hand.

Five days ago, three nine-year-old werewolf boys and their three eighteen-year-old sisters went on a birthday expedition in the heavily wooded state wildlife area and disappeared. By day, local human authorities, volunteers, and bloodhounds brought in from surrounding jurisdictions combed the forest, the hills, and caves. By night, pack members ran through the forest using their extraordinary senses—olfactory, visual, and auditory—to hunt for their missing kin. Divers also explored the waterways, all to no avail. No clues to the kids’ whereabouts had been found, not even a backpack—until two this morning.

A night security guard discovered the boys in the middle of the Adalwolf Winery parking lot. Slightly bruised and scratched up, but otherwise alive and well, in their human forms, the youngsters had no  recollection of anything between arriving at the park and waking up in the parking lot with their back packs under their heads—their five-day-old lunches untouched.

Rushed to the ER and examined thoroughly, the boys displayed no evidence of physical abuse. The blank space in their minds where the memories should have been was inaccessible to parents and psychologists. If it weren’t for the fact that the three older girls were still missing, the local authorities wouldn’t continue to press the boys for information. Over time, their memories could return, but without ransom notes, calls or clues, the clock was running down for a successful search and rescue. The local police, state troopers, sheriff’s office, and the West Virginia Bureau of Investigation feared the operation would soon become a search and recovery.

The plane touched down, bounced along the runway, and Eliana’s cell began to vibrate.

The gruff voice of her boss boomed in her ear. “New development in the case.” Blackfeather paused. “A hiker found one of the missing girls in a culvert near an abandoned mine. Bites, claw marks. Throat ripped open. Damn thing nearly tore her head off.”

“Based on the paw prints around the body, the first responders are saying these weren’t bear bites. More like a dog—or wolf.”

“Boss, aside from zoos and wild animal preserves, there are no wolves in the eastern U.S.”
He sighed. “I stand corrected. Werewolf.”

Her stomach lurched, and she gripped the armrest so hard her knuckles turned white. Shit. Shit. Shit. A werewolf attacking one of its own? Why? What the hell was going on?

“West Virginia Division of Homeland Security has a car waiting for you, fully loaded with everything you’ll need for the investigation. Get to that scene.” Her boss clicked off.

Bossy desk jockey.
A flush of shame rushed over her. He’d taken on the orphan Anomaly Defense Division of the Science and Technology Directorate that no one else wanted, along with a mission no one else supported or believed in. As abrupt and abrasive as he could be, the Gulf War veteran deserved credit for giving her the opportunity to pursue what everyone else thought was something out of the tales of The Arabian Nights: jinnis. With the needed proof of werewolves and jinnis from Project Aladdin, support surged into the division. A stable funding source made her jinni hunting work possible So far, it seemed wherever there were werewolves, there was jinni activity.

This case was no different. According to the report, relationships between the local humans and werewolves were more than cordial. They were so intermarried, almost everyone was family. A large non-denominational wedding facility placed Summertown on an international list of destination weddings, like Hawaii and Las Vegas, but specifically for werewolves. A thriving bed and breakfast trade supported the wedding industry, along with other leisure activities, such as biking, hiking, white-water rafting, and winery and sightseeing tours. Murder of a werewolf girl wasn’t just bad for the family, it was bad for the town.

Sharon Buchbinder has been writing fiction since middle school and has the rejection slips to prove it. An RN, she provided health care delivery, became a researcher, association executive, and obtained a PhD in Public Health. When not teaching or writing, she can be found fishing, walking her dogs, or breaking bread and laughing with family and friends in Baltimore, MD and Punta Gorda, FL. 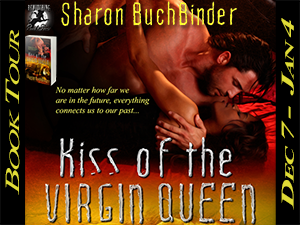 Under His Command Trilogy Blitz!

Blurb
Three HOT, suspenseful books in one! The complete, bestselling Under His Command series is together for the first time. *Warning: Dominant alpha hero Blake Roberts will own your nights and forever ruin you for lesser men* Blake Roberts has everything he’s ever wanted—fame, money, and ownership of the hottest chain of tattoo parlors in the country. But he’s haunted by his first love, his former foster sister, Erin. The matching tattoo they share is a constant reminder of who he was before he learned how to control his emotions, his desire, and a woman’s pleasure. He needs to purge her from his heart, and he’ll do whatever it takes to be free. For Erin, what started as a charade has become all too real. She’s never experienced anything like the savage bliss she’s discovered in Blake’s arms. He tests her, dominates her, and if she isn’t careful, soon he’ll own her—body and soul. Blake has what he thought he wanted—Erin’s submission. But with her submission comes a deeper responsibility. Erin’s in trouble and an innocent life hangs in the balance. Blake knows he can help her break free of the past, but he doesn’t know if a man like himself belongs in her future. How can he swear to protect her from danger when he has a dark side of his own?

About Lili Valente
Lili Valente has slept under the stars in Greece, eaten dinner at midnight with French men who couldn't be trusted to keep their mouths on their food, and walked alone through Munich's red light district after dark and lived to tell the tale.
These days you can find her writing in a tent beside the sea, drinking coconut water and thinking delightfully dirty thoughts.

Email ThisBlogThis!Share to TwitterShare to FacebookShare to Pinterest
Labels: Blitz

Deliciously Savvy is Hosting A New Giveaway for Ohuhu!

They are Supplying one Lucky winner with $270 Worth of Fabulous Camping Products for 1 Lucky Winner! Enter Today & Good Luck!

PLUS a Big Shout Out To All Blogs Helping To Promote To Their Fabulous Readers and Beyond! Thank You! I Can Never Do It Without You :) A BIG Thank You to OHUHU For All Of The Amazing Quality Products Included In This Fabulous Family Giveaway!