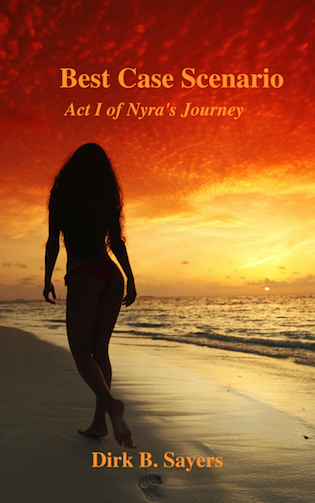 
More than a year after graduating from college, Nyra’s beginning to wonder when her life gets started. Was it like this for her mother? Nyra doubts it, but things were different then. Her reality is nothing like her mother’s.
Nyra gets that every generation faces its own challenges and she’s smart enough to know its on her to overcome them. That’s why she worked two jobs all through college, studied so hard and tried not to think too much about the mountain of student debt weighing down her tomorrow.
Still, this feeling of wading through quicksand is getting old. Buried deep in the half-formed jumble of dreams for her future, Nyra hears the siren song of hope whispering to her. She’s so ready. But is the song she hears really hope or is it illusion? 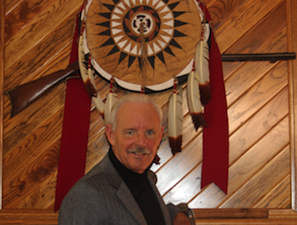 Author Bio:
Dirk Sayers grew up in a university town in Iowa, where he spent his formative years with one foot in the simplicity of farm country and the other in the frenetic environment of a university town immersed in the social upheaval of the sixties. He managed to survive it all, sometimes in spite of himself.
After graduating from college, he was commissioned a Lieutenant in the Marine Corps, serving for 22 years on five continents, during peace and war. He was decorated five times and retired as a Lieutenant Colonel. On retiring, he discovered, (among other things), his experience and six dollars would get him a cup of coffee everywhere…but not necessarily a job.
Accordingly, Dirk took an eighteen month sabbatical to earn a Master’s degree in Organizational Development. Hired shortly after completing his thesis, he applied his new degree as a Corporate Trainer and District Manager. After eleven years with the same company, Dirk became a casualty of the 2008 financial crisis, along with many of the men and women he helped train.
Since then, Dirk has published numerous articles and short stories and two books; a non-fiction work entitled, The Woman's No-fear Guide to Online dating and his first novel, West of Tomorrow. He is also working on the first volume of a science fiction series, Tier Zero, Volume I of The Knolan Cycle and an anthology of short stories, entitled Through the Windshield, Drive-by Encounters with Truth.
Dirk currently lives in Laguna Niguel, with his wife, two psychotic cats, a Ball Python named Corona and a crow with a deformed talon named Hop-along. His author’s web site is dirksayers.com where he blogs about a variety of issues of interest to us all & posts the latest news regarding his writings.