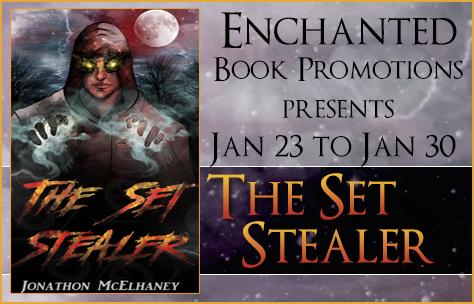 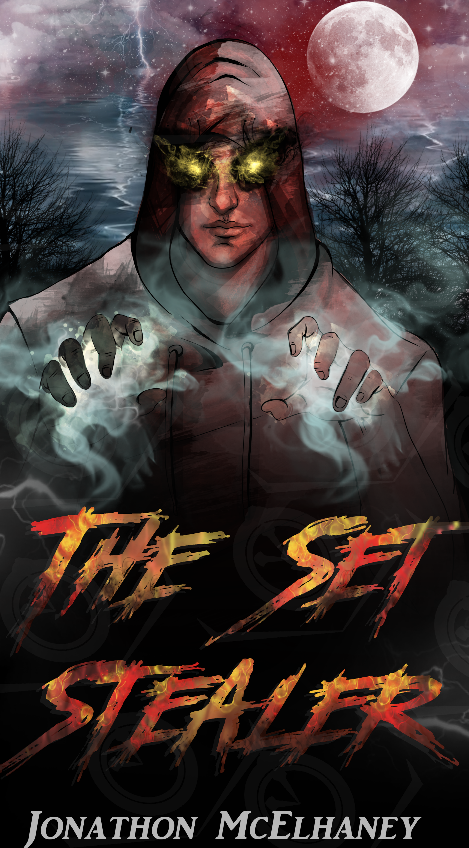 About the Book
Title: The Set Stealer
Author: Jonathon McElhaney
Genre: YA Fantasy

A Set is a gift. A power that one can bring from within themselves and manifest to change the physical world. Everyone has at least one, ranging from the mundane to the all powerful. That is, everyone except Kayla. But when her father is murdered in front of her, Kayla is sent on a collision course with destiny as she is forced on adventure to discover not only who killed her father but who she is. Searching within herself, Kayla must find her own power - even without a Set to protect her - and save not only herself, but the world she loves.

The Set Stealer walked just far enough out of the darkness for Lord Storm to see him.  He stood there all in black, half his face hidden in the shadows.  The sole exception was his eyes; which glowed, much like his own.  But the lord of Old Storm Town knew that his eyes never held that much hate and hunger.
“Why bother hiding behind the darkness and that flimsy disguise?” Lord Storm sneered.  “I already know who you are, BOY.  You are no match for me.”
The Set Stealer laughed at the challenge like the young ones always did.  “Ah yes, but, you see I made a recent trip to visit a queen of our mutual acquaintance.  Now that I have her sets- amongst others that I have collected- there is no doubt in my mind that I can beat you, old man.” His voice was sinuous in the dark.
The Set Stealer snarled at the jab of his power.  They stared at each other long, awaiting the first person to make a move.  Lord Storm wavered in his thoughts; this man had grown much more powerful than he had thought.  The queen was not so easily taken down.
“Hard for me to believe that a whelp like you could beat her,” Lord Storm charged his set, ready to pounce. “But you’ll need more than even just her strength to take me down. I am more powerful than you may believe.”
“You’ve become quite deaf in your dotage,” the Set Stealer chuckled.  “I told you that I’d taken quite a few more Sets besides hers.  Jay Dragon, Peter Hot Streak, Lilith Ice Crystal, James Castle, Leo Night Dance, surely even you get the idea.  All these have I taken from.”  Old man Storm kept his composure. All the names that the Set Stealer had listed were amongst the most powerful.
Then the Set Stealer sprinted forward, shouting, “And tonight, I will take yours!”
Lord Storm steeled himself against the oncoming fury.  The moment of reckoning had finally arrived.

I'm a military veteran, a father of two beautiful daughters.