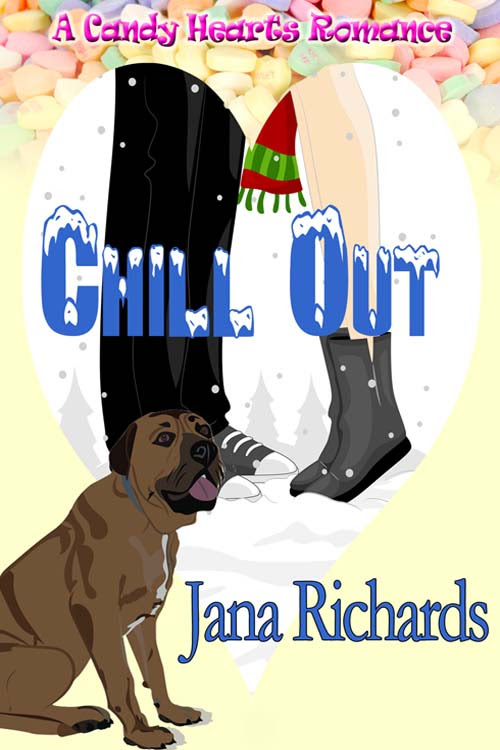 Renata Cabral needs to hide for the weekend. Her cousin’s Valentine’s Day wedding means she’ll face embarrassing questions from her large, extended family. Questions like “Why aren’t you married yet?”  Since the breakup of her last relationship, she’s not ready to answer that question. She invents a work-related excuse and escapes to a friend’s lakeside cottage.


Noah Brownlee has been hiding for two years. But now he’s ready to come home and mend his broken relationship with his brother. When a friend offers the use of his lakeside cottage, Noah arrives in the middle of a blizzard with his English Mastiff, only to find the place is already occupied. With her big brown eyes and quirky sense of humor, Renata stirs feelings he thought long dead.


As the blizzard rages, the candy hearts predict love. Can Valentine’s Day work its magic between them? 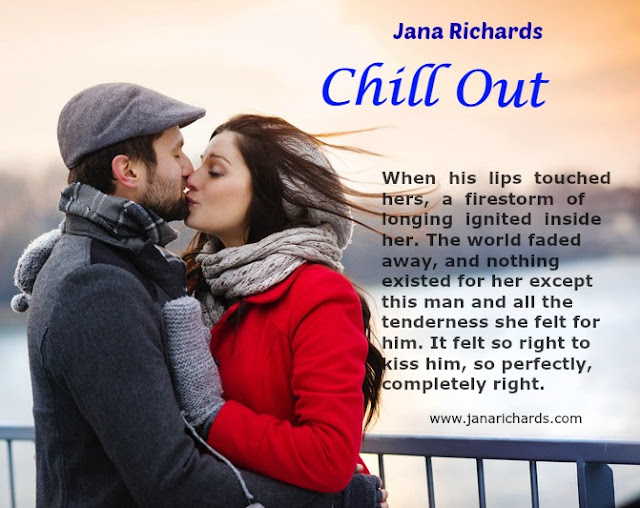 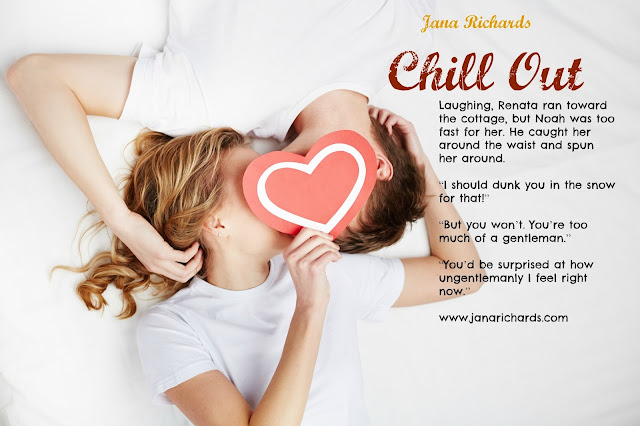 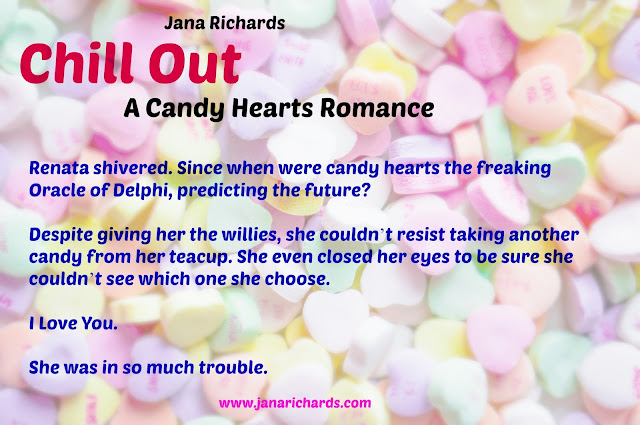 The bedroom door swung open and Renata stood in the opening wearing a short robe that revealed her lovely legs. A light floral fragrance drifted to his nose—he envisioned a field of flowers. Spike brushed past her and entered the room.
“Oh! I didn’t realize you were with Spike.”
“I’m sorry. When he gets a notion, he’s pretty hard to stop. I’ll get him out.”
“No, that’s okay. I don’t mind having him in my room. Besides, I doubt you could make him leave if he doesn’t want to.”
She was probably right. “You’re sure? He snores something awful. And did I mention the drool?”
She smiled. “Yes, I discovered the delights of sleeping with Spike last night. But I have to admit, I kind of like having the big lug around.”
“You’re sure you don’t mind?”
“I’m sure.” She took a step backward into her room, holding the door between them. “I should get some sleep.”
“Yeah.”
She hesitated, as if waiting for him to speak. For a moment he thought she was going to invite him into her room. But then she swallowed and lowered her gaze.
“Goodnight, Noah. Sleep well.”
“Goodnight.”
She quietly closed the door. Noah’s heart beat frantically as he stood outside. He wanted her in a way he hadn’t felt in a very long time, a deep primal urge, an overwhelming desire. Should he knock, ask to come in, ask to spend the night with her? Should he throw caution to the wind and let her know how he felt?
He raised his hand, ready to knock. What if he’d misread the way she’d responded to his kiss? Were his feelings for her simply a product of their isolation together? If she made love with him tonight, would she later regret it?
Fear slapped him in the gut. He couldn’t face another rejection. He let his hand drop to his side and walked to his room.

When Jana Richards read her first romance novel, she immediately knew two things: she had to commit the stories running through her head to paper, and they had to end with a happily ever after. She also knew she’d found what she was meant to do. Since then she’s never met a romance genre she didn’t like. She writes contemporary romance, romantic suspense, and historical romance set in World War Two, in lengths ranging from short story to full length novel. Just for fun, she throws in generous helpings of humor, and the occasional dash of the paranormal. Her paranormal romantic suspense “Seeing Things” was a 2008 EPPIE finalist.


In her life away from writing, Jana is an accountant/admin assistant, a mother to two grown daughters, and a wife to her husband Warren. She enjoys golf, yoga, movies, concerts, travel and reading, not necessarily in that order. She and her husband live in Western Canada with their Pug/Terrier cross Lou and several unnamed goldfish.


She loves to hear from readers.  Connect online at: