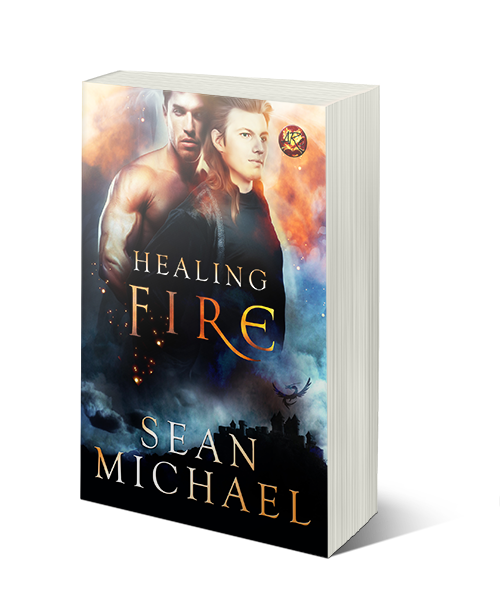 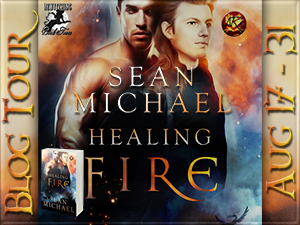 What will it take for a dragon prince to defy his father and fly on his own?


Prince Jules, the least favorite of the Dragon King's children, lives simply, banished to his rooms and the amazing adventures found in his books. He has never left the palace or shifted into his dragon form…he's never done anything.


Dragon shifter Lem is assigned to Jules as the prince's new bodyguard, and is determined to keep Jules safe from the Graithen, who killed the prince’s previous guardian. Lem grows to hate how the King hides Jules away, and longs to show him how to fly. His love for Jules also grows but it is forbidden, like so much in Jules' life.


When the Graithen attack again, though, everything changes.

Lem was worried about the prince. Jules didn’t sleep. He didn’t eat. He didn’t do anything but lie in his bed. Lem knew how to defend Jules from outside threats. He did not know how to defend the prince from himself.
The little prince was never cruel. He barely spoke, he barely moved. Lem had been told that Jules used to spend most of his time reading, staying in his suite with his bodyguard Mabon.
Lem, of course, knew Mabon—all the bodyguards knew each other by sight—but not very well. The strong dragon had been older and had had more training than Lem currently did when he’d been called to the prince’s side almost two hundred years ago.
Lem knew they were very big wings indeed that he had to fill. He also knew, without question, that the blame would fall upon him should Jules die. And rightly so. He was the prince’s protector. He just wasn’t sure how he could protect Jules from himself, for surely that was what the danger was at this time. It made Lem think. What would Mabon have done?
There was a private courtyard off of Jules’ rooms, meant solely for the prince’s pleasure. Lem knew that no one else was allowed back there, not even gardeners. The area was completely cut off from the rest of the castle by high, windowless walls, and the only entrance was through the door in Jules’ quarters. Perhaps a little air, a change of scenery would be good. Decided, Lem went to Jules, the prince still curled up in his nest as he had been earlier this morning. And yesterday, and the day before that, and the week before that, since Lem had been here.
“Your Highness, let’s go out to the courtyard. I can hear the fountain, but have never seen it.”
Jules looked at him for a moment, the green eyes beautiful, if so sad. One slender hand waved as if to say, “go.”
Grunting, Lem girded his loins against his own training, which said he didn’t do this, that he was never to touch the prince if he could avoid it. He bent, picking Jules right up out of his nest.
“What?” Jules sputtered.
Dragons needed sustenance, sunlight. They needed it. Lem clung to that thought and stayed the course.
“We are going to the courtyard.”
He didn’t put Jules down. The prince would probably curl back up in his nest, or possibly find a nook or cranny to hide in, and Lem was not having that. He was taking his prince into the sunlight, even if it meant he was disobeying his prince’s wishes. His job was to protect and defend.
When Lem pushed through the door into the courtyard, he gasped as the sunshine touched his skin. It had been days. Days. He could feel it, energizing him, warming him. He had been so busy worrying about the prince, he’d forgotten his own need for the warm touch.
He wanted to close his eyes and bask, but he didn’t. As private as this space was, that didn’t mean impenetrable. There was still the air, and he was no longer guarding the door from Jules’ quarters. So he kept his eyes open, stayed aware, and walked toward the lovely fountain that had pride of place in the center of the surprisingly roomy courtyard.
“Can you feel the sunshine in your bones?” he asked even though he knew Jules could, the dull sheen on Jules’ skin already beginning to warm, to take on a hint of vitality.
It was obvious to Lem that he had done the right thing. Master Anselle had always told him to follow his gut. Worried as it had made him, he had. He sent a silent prayer of thanks and love to his teacher. Every lesson, no matter how strange or hard or simple, was proving to be useful in the guardianship of his charge.
Prince Jules lifted his face to the sun, the motion simple, instinctual. It gave Lem his first real look at the prince’s face.
Unlike the thickset, heavy dragons that made up Lem’s caste, Jules had the delicate, gentle features of the ruling class. Perhaps the most beautiful features Lem had ever seen. The sadness in them did not dim Jules’ beauty in the least.
Lem let himself memorize the fine cheekbones, the long, slender nose. He imagined Jules’ dragon would be quite small, but perfectly formed. He’d never seen a royal in dragon form, but had heard that their scales were impossibly beautiful.
Moving to the fountain, he took in the form of the tree that was in the center of it, water pouring from its boughs. Such wonderful magic!
“My mother formed this for me.” Words, actual words, offered freely. This was indeed a magical spot.
“It’s beautiful. Is the water healing?” Lem asked as he sat on the bench that wound its way around the fountain.
Jules nodded. “But it cannot heal me.”

Sean Michael, often referred to as "Space Cowboy" and "Gangsta of Love" while still striving for the moniker of "Maurice," spends his days surfing, smutting, organizing his immense gourd collection and fantasizing about one day retiring on a small secluded island peopled entirely by horseshoe crabs. While collecting vast amounts of vintage gay pulp novels and mood rings, Sean whiles away the hours between dropping the f-bomb and pursuing the Kama Sutra by channeling the long lost spirit of John Wayne and singing along with the soundtrack to "Chicago."
A long-time writer of complicated haiku, currently Sean is attempting to learn the advanced arts of plate spinning and soap carving sex toys.


Barring any of that? He'll stick with writing his stories, thanks, and rubbing pretty bodies together to see if they spark.

For more information on other books by Sean, visit his official website: www.SeanMichaelWrites.com

2 eBooks from any ARe Books imprint/series.