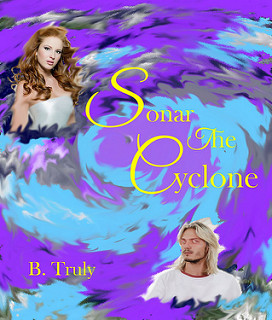 Blurb: Is your destiny determined by what the future has foretold? Or is fate deemed in the hands of what you behold? The Royal 4 are now back on their home territory of Nazari, determined to get things back to normal. Syira’s forbidden love is being held captive. She is hell-bent on fighting for him despite the immense obstacles. She must find a way to convince her race that Kadeem is not dangerous. Their threat lies from deeper within. Shiray has accepted her past and is moving forward with her life, but it comes back to haunt her tenfold. That all changes when she stumbles across the truth. Now, she must pick up the pieces of her shattered life. They are in the calm but know when they approach the dirty side of the Cyclone storm, terrible things will unravel. The future is revealed and they get a glimpse of Fate’s course. Time is not on their side. They must attempt to change their destiny or their world will be doomed.


A thunderous sound ricocheted through the air. “Did you guys hear that?” I asked, glancing up into the sky.
“It’s the Polars!” Symone shouted.
“Everyone take cover!” Cessar yelled as two Polar ships dove down from the clouds. They engaged fire and I dived to the ground. I grabbed my laser from my belt holster and crouched next to Symone. Cessar was in front of us protectively. Jonathan was still on board my ship and retaliated, unleashing the ship’s lasers. Cessar, Patel, and I shot our guns. A few moments later, August and several other Kadanans from his ship joined in the crossfire.
“We have to get to our ship!” Cessar yelled.
“That’s going to be difficult!” I screamed back.
Polars beamed down from their ships. This was so not good. We were vastly outnumbered. They were firing non-stop, making it impossible for us to move. I closed my eyes briefly. I love you, Bryan, I thought. Why did I come out here with only a handful of my crew? I didn’t bother to notify Nile, or anyone else, which went against protocol. I’d let my anger mislead my judgment. I honestly didn’t know if we would survive. I hadn’t been this scared since the war at Cambridge Estates. The Polars closed in on us and combat fighting broke out. They were using their powers, and we followed suit. Cessar executed lightning bolts from the palms of his hands. Others were using their telekinesis. One male Polar began spurring needles from his hands. Symone took a nosedive as needles flew past us. I dropped my laser but jumped to my feet swiftly as they charged from the side.
“Shiray, watch out!” Symone screeched.
I spun and elbowed a female in her throat. She stared dead at me with her dark brown eyes glowing. She smirked, then opened her hand and conjured a flame of fire. I acted quickly and warped her ass with pain. She fell to her knees but was still able to throw the flames. I dodged in the nick of time. Before I could get up, she had another ball ready. Symone drop-kicked her in the head and she was out cold. Wow! Symone had moves. She needed to enlist in our militia. Another male attacked Symone from behind. I didn’t have time to help because two more were on me. And Cessar was brawling with several of his own. A female with blond hair punched me in the mouth. I spit out blood. Then lunged to the ground to retrieve my laser and blasted her. She flew back and landed with a thud. As she took her last breath, the glow around her eyes vanished and her body went limp. A male assailed me fast. The golden glow around his blue irises was blazing. He attempted to shoot me, and I kicked the laser from his hand. He pounced again, and I couldn’t get out of his grasp. He yanked my arm and pinned it behind me, forcing my gun to fall. I yelped. He stood behind me and pulled me against him.
“On second thought, I think I will keep you as a hostage. You’ll be my little treat,” he whispered. His warm breath against my neck gave me the creeps. I tried to mind warp him, but it didn’t work. Huh? That had never happened before.
“Your mind tricks won’t work on me, Sweet-tart. I have mind shield powers. I can block any warp.”
He ran his hand over my bosom and clutched it. His hand slipped behind me and he tightly clasped my fundament. “I will kill you for violating me. You son of a bitch!” I struggled against him.
“Oh! And a feisty mouth, too. I’m going to have fun taming you,” he taunted, nipping my earlobe.
“The hell you will!” Sick Bastard! I rammed my foot into his knee cap and heard it pop. He shrieked but recovered quick. He put both of his hands around my neck and started to strangle me. My chest burned; it was hard to breathe. I reached deep within, to the core of my being, and I felt myself penetrate his mind force shield. His blue glowing eyes dilated. Yeah, pervert, so much for your no-holds-barred mind shield record. He released me and grabbed his head, yelling. Blood gushed from his nostrils. I snatched my laser and was about to fire, but I heard screaming. I turned, panicked, looking for Symone. The woman who was yelling had just gotten electrocuted by Cessar. I sighed. Unfortunately, mind shield pervert had escaped.
Symone was fighting yet another male Polar. She delivered one of her super kicks and he went back, but he retaliated and aimed his laser. I sent a warp of agony his way, but he’d executed the shot before I could stop him. Symone attempted to scramble out of the beam’s path, but was grazed on her side.
“Symone!” I screamed.
She cradled her side, her face scrunched in pain. Just then there was a deafening bang, accompanied by bright flashing lights. The Polars had blown up Symone’s ship and the blast sent me soaring through the air. My head hit the asphalt hard when I landed. Everything went black. 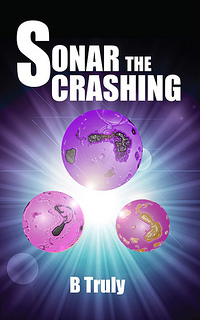 
Blurb: Is it more than déjà vu? With the Romeland family it may be destined to be true. Life on Earth is not the only place where devastation occurs and hard choices must be made. The Royal 4 of Kadan live in the Sonar galaxy three million light years from Earth. They travel to Earth to obtain the resources they need to give their world a fighting chance. Their mission is compromised and they’re faced with life changing events. They have amnesia and no memory of their past. Strange dreams start to occur. They wonder if it’s more than a dream, or is it déjà vu? The mind is a complex mystery. Amnesia is a secret unknown. The role it manifests in these characters’ lives is a catastrophic cyclone. Shiray is frantic when she is the first to find out about their true destiny and that the love of her life no longer remembers who she is. She must find a way to restore her family before all is lost. They must prevail because the fate of their planet lies in their hand. What would you do if you had amnesia and fell in love, only to learn upon regaining your memory, that you are already married? Find out in this New Adult, Sci-Fi, Romance thriller! 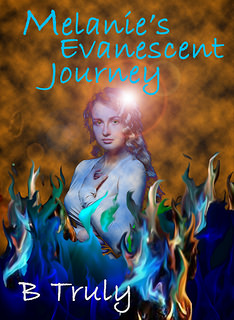 
Blurb: New Adult, Paranormal-Romance Companion novel for The Sonar Series True Love may cost a price, if the greater good preordains that you are the sacrifice. There are always two sides to a story. Melanie Wilhelm's begins after she moves from Australia and starts her senior year at Cashmere High. On her first day, she bumps into a mysterious guy, and they form an instant connection. They become friends and he shares his deepest secret with her. As they grow closer, their relationship amplifies and becomes binding. Strange things occur, but instead of worrying, Melanie's feelings intensify. The excitement of New Year's Eve approaches, and so does Jason's most devastating revelation of all. She learns his ultimate truth and is now spun into his chaotic web. The danger rises and hard choices must be made. By being with Jason, Melanie may have to sacrifice more than her heart. It may cost her life. Melanie's Evanescent Journey ties into books one and two of The Sonar Trilogy. From spiraling twists to devastating plots, her journey will make you question fate and true love. Is fate something you can control? Some believe it's in the hands of what you behold. 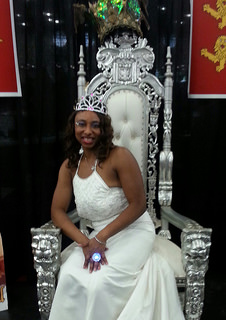 About the Author: B Truly has wanted to be an author since she was fifteen years old and is grateful to have accomplished this dream. She has very vivid dreams and a wild imagination. She likes to read, watch tons of TV shows, and movies. She is addicted to romance and gets a thrill out of action and suspense. She writes New Adult Fantasy, Sci-fi, and Paranormal-Romance. In the Sonar series, B Truly said, “It was fun to explore different elements of Sci-fi romance and create various realms of powers for my characters. I want to show my readers that Sci-fi can be fun, but also traumatic. I hope you guys enjoy the Sonar Series.” B Truly has three wonderful children and a husband who defines the person she today. She works full-time as an Ultrasound technologist in Sugarland, Texas. You can find and contact B Truly here: -

There are two different tour wide giveaways for the book blitz of Sonar the Cyclone. For the first giveaway one winner will win the following prizes: a $20 Amazon gift card and Swag: 1 Sonar The Cyclone photo magnet, 1 Dance with Amnesia photo magnet, 1 Melanie's Evanescent Journey bookmark and 1 Sonar The Crashing pen. For a chance to win, you have the visit the excerpt stops during this blitz and answer 5 questions. There is one questions for each excerpt. You can submit your answers in the giveaway form. These are the questions you have to answer: - Question 1: What is Kadeem's power? - Question 2: What is the name of the Kadanan that told Syira what she was carrying was blasphemy? - Question 3: What is the name of the Kadanan gift that Syira and Kadeem experienced? - Question 4: What was the name of Syira's ex-suitor? - Question 5: What power did Shiray's attacker have in this excerpt? The answers can be found during the book blitz. Each day has a corresponding excerpt, so the answer to the first question can be found in the excerpt posted on day 1 of the tour, answer 2 can be found in the excerpt during the second day of the tour etc.